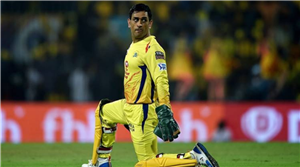 During the IPL, when asked by the TV presenters/commentators, MS Dhoni had kept his retirement options open. MS Dhoni has confirmed that his last T20 game will be in Chennai, putting his Indian Premier League retirement speculations to bed.

“I have always planned my cricket. My last ODI that I played in India was in Ranchi. Hopefully my last T20 will be in Chennai. Whether it’s next year or in five years’ time, I don’t know,” Dhoni said at the Chennai Super Kings felicitation – The Champions Call – in Chennai on Saturday.

During the IPL, when asked by the TV presenters/commentators, the CSK captain had kept his retirement options open, although a CSK official had earlier told his paper that Dhoni would be having his farewell game at Chepauk, in front of a full house. Today, the skipper attested that.

He spoke about CSK’s fan base, which according to him goes “much beyond the state of Tamil Nadu and beyond the borders of India”. He lauded the fans for their sportsmanship and also keeping the franchise relevant through their unflinching support on social media, when they were out for two years. “Sachin paaji (Tendulkar) got one of the biggest ovations here even when he was playing for Mumbai Indians.” Last year was tough, when for the first time CSK failed to reach the playoffs. “2020 gave us a chance to test the real character of the franchise. Since 2008, it has been smooth sailing and it’s easy when you are doing well. This time, the boys stood up to be counted and they walked the talk,” Dhoni said.

CSK bounced back to win their fourth IPL title this year. They showed a similar resolve in 2018 after returning from a two-year ban.

N Srinivasan, the vice-chairman and managing director of the India Cements Limited, recounted a rare occasion when he saw Dhoni emotional, upon CSK’s return to the IPL. “He just said, ‘we have to win’. And we won that year.” The former BCCI president highlighted Dhoni’s leadership skills, saying: “Any player will give his best under MS Dhoni irrespective of his talent.” A bit of wisecrack followed. “People keep bugging him, are you continuing? Aare he is there, he hasn’t gone anywhere.”

The legendary Kapil Dev called Dhoni a hero, while BCCI secretary Jay Shah revealed that the ex-India captain agreed to mentor the squad for the recently concluded T20 World Cup without taking a penny. Shah also confirmed that the next season of the IPL would be played in India.

As a batsman, Dhoni had a poor IPL this term – 114 runs from 16 matches. But this is completely irrelevant to everybody related to CSK. Tamil Nadu chief minister MK Stalin spoke for the fans when he said: “Dear Dhoni, we want you to lead CSK for many more seasons.”