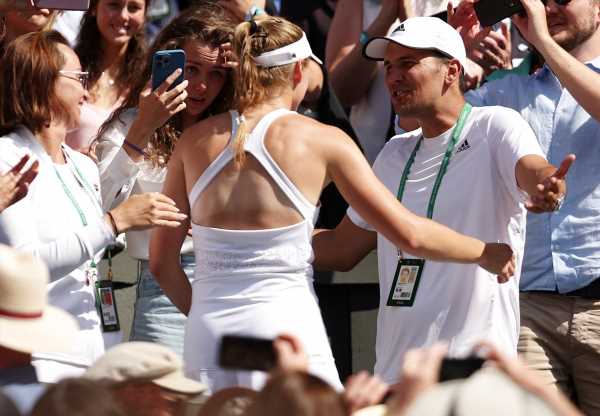 Elena Rybakina has sometimes been exasperated by her coach’s intensity but the Wimbledon champion has indelible proof that Stefano Vukov is a man of his word.

Vukov has tattooed Rybakina’s name and the date of this year’s Wimbledon final on his right arm — keeping up with the bet they made two years ago.

The pair made the bet during the Qatar Open in 2020 that if Rybakina won at Wimbledon, Vukov would have to get a tattoo of her name.

Moscow-born Rybakina pulled off the achievement this year, beating Ons Jabeur 3-6, 6-2, 6-2 in the final in July to become the first player from Kazakhstan to win a Grand Slam singles title.

“I already forgot (about the bet) – we were laughing around,” Rybakina told The Guardian in an interview on Wednesday. 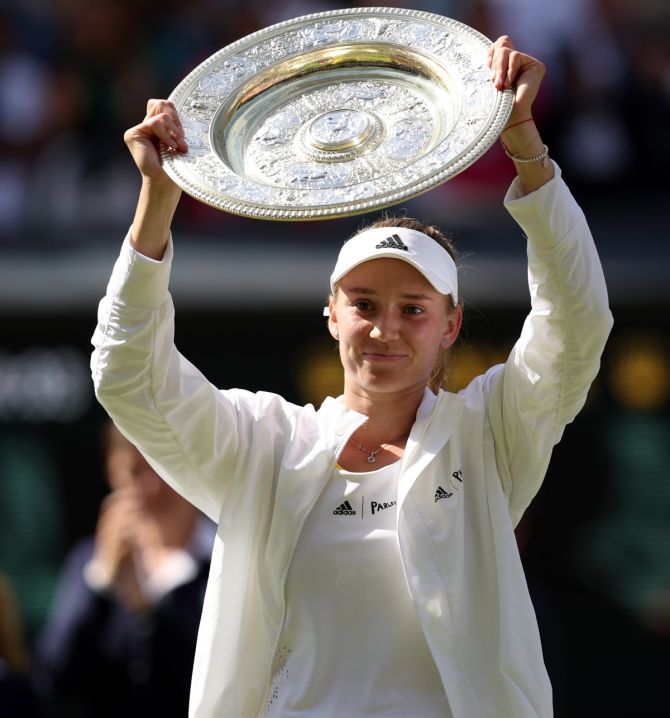 Rybakina, who has dropped to world number 25 despite her triumph at Wimbledon because ranking points were not on offer at the grasscourt major, is eager to add more major titles to her collection.

“It’s never enough, I think. The goal is to win many more Grand Slams,” Rybakina said. “For this year, my goal was to be top 10. Still it’s the same goal because I didn’t move in the ranking.”

“It’s just the last Grand Slam of this year, to try and get as far as I can,” she said about the US Open, which starts in New York on Monday.