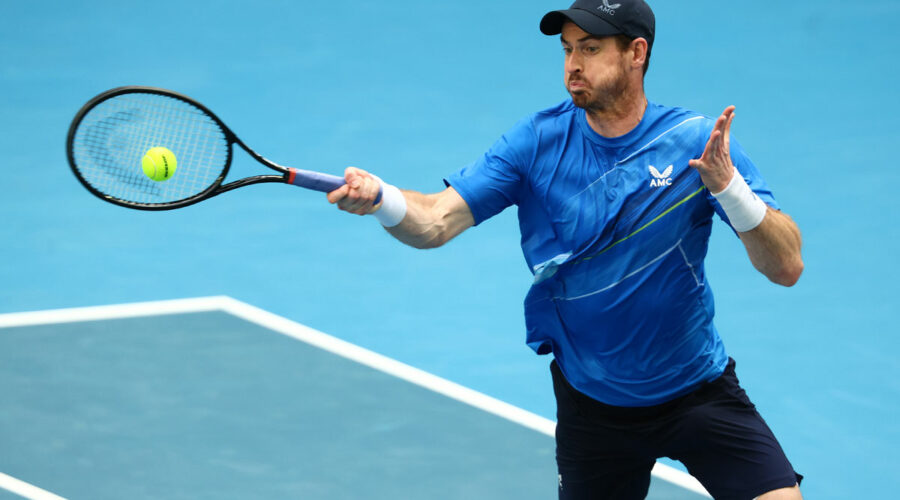 Andy Murray started working with former coach Daniel Vallverdu this month on a short-term basis as the multiple Grand Slam winner works towards rediscovering the form that took him to the top of the world rankings.

Three-time grand slam champion Andy Murray beat World No. 31 Alexander Bublik of Kazakhstan 7-6, 6-4 in the first round of ATP 500 Rotterdam tournament on Wednesday to return to the top 100.

He is ranked 95th after returning to the top 100 of the ATP rankings on Monday for the first time since May, 2018.

Murray started working with former coach Daniel Vallverdu this month on a short-term basis as the multiple Grand Slam winner works towards rediscovering the form that took him to the top of the world rankings.

The former World No.1 was playing his first match at Rotterdam since his second-round defeat at the Australian Open. He will now face third-seed Felix Auger-Aliassime of Canada who rallied to beat qualifier, Egor Gerasimov of Belarus, from a set down, to win the match 3-6, 6-2, 6-2.

The winner of Felix Auger-Aliassime and Andy Murray will take on Cameron Norrie in the third round.

Murray has struggled for consistency since returning to the circuit after undergoing career-threatening hip surgeries in 2018 and 2019.

Venezuelan Vallverdu, who is still contracted to Swiss Stan Wawrinka, worked with Murray when the British player won the Olympic gold at the 2012 London Games, the US Open title the same year and Wimbledon in 2013.

Murray, 34, split with his long-term coach Jamie Delgado at the end of the 2021 season and ended a trial with German Jan de Witt at the end of the Australian Open, where he was knocked out in the second round.

He approached Vallverdu after the year’s opening major and they agreed to work together again, according to a source close to the situation.

The coaching arrangement, which started in Rotterdam, Netherlands, will be until Vallverdu returns to work with Wawrinka next month.

Murray has said he will skip the clay court tournaments this year to avoid the risk of getting injured.

Three-times major winner Wawrinka is targeting a return to the ATP Tour on clay in April after a foot injury forced him to sit out for over a year.

The two-time Olympic gold medallist had fallen out of the Top 100 in 2018 due to a hip injury.