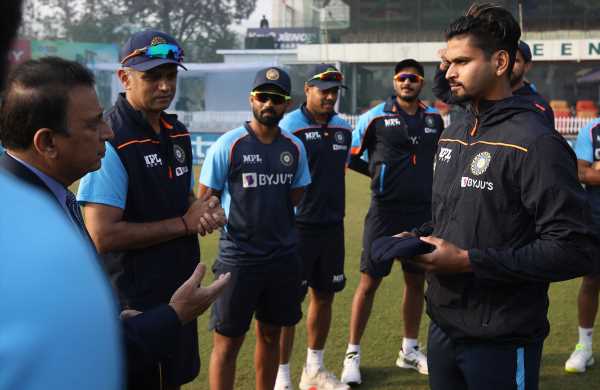 Shreyas Iyer, who made his Test debut in the first match against New Zealand in Kanpur on Thursday, received his Test captain from the legendary Sunil Gavaskar.

Opener KL Rahul was ruled out on Tuesday due to a left thigh muscle strain, paving the way for the 26-year-old Mumbai batsman to come into the side for the first game of the two-Test series at the Green Park stadium.

“A moment to cherish for @ShreyasIyer15 as he receives his #TeamIndia Test cap from Sunil Gavaskar – one of the best to have ever graced the game,” BCCI tweeted. 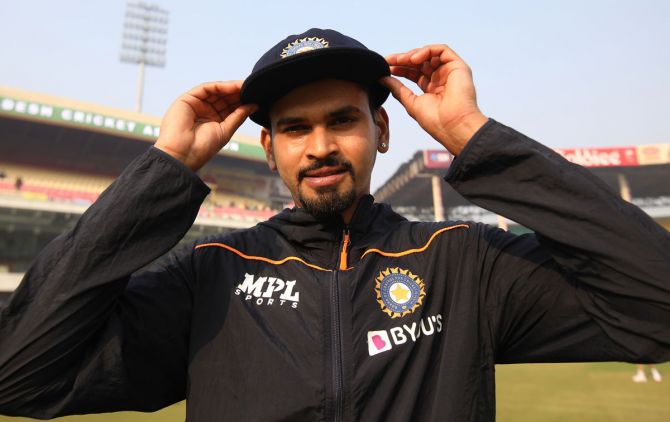 Iyer becomes the 302nd Test player for India. He has been a regular for India in the limited overs format, playing 22 One-Day Internationals and 32 Twenty20 internationals. 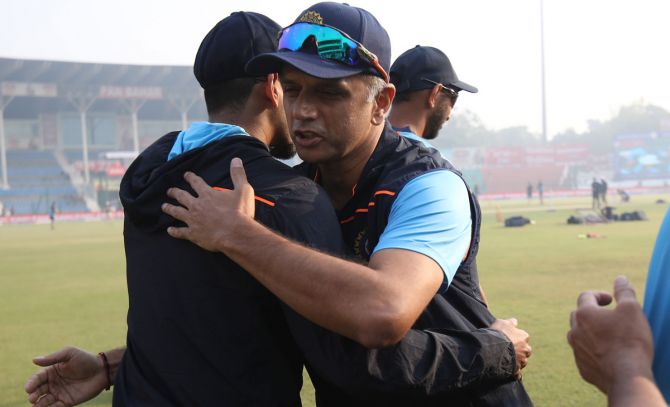 Ajinkya Rahane, who is leading India in the absence of Virat Kohli, won the toss and opted to bat against New Zealand, as the hosts went in with three spinners in Ravichandran Ashwin, Ravindra Jadeja and Axar Patel.

Regular India captain Kohli has skipped the opening Test, while several other senior players have been rested from the two-match series to manage their workload.

11/25/2021 Sport Comments Off on ‘Moment to cherish’: Iyer gets his Test cap from Gavaskar
India