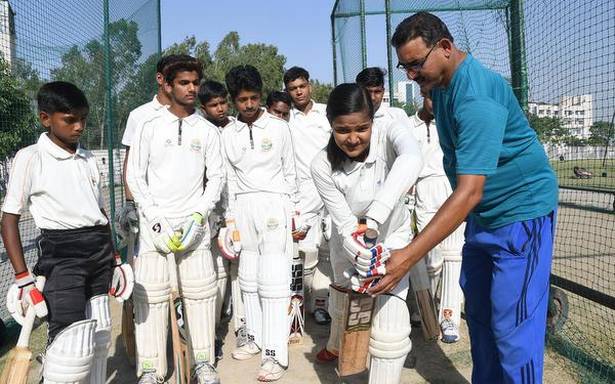 Most people in Uttar Pradesh’s Sahaspur Alinagar have hardly travelled beyond Moradabad or Amroha, the biggest cities in the vicinity. But one boy dared to step out into the wider world. Mohammed Shami epitomises the small-town journeyman in modern Indian cricket who straddles the two worlds.

“He now speaks with confidence. He puts his views across. He stands in the front row of team photographs. He even addresses press conferences,” says Badruddin Siddique, who helped Shami take his first steps beyond gully cricket 15 years ago.

Shami was just over 16 when he first appeared for the Uttar Pradesh under-19 trials in 2006; he reached the final round, but was rejected. “On our way back from Kanpur, he was on the verge of crying and simply giving up. He didn’t speak for many hours. That was when I got a call from a friend in Kolkata, Abdul Munam, who said Dalhousie AC was looking for a fast bowler ahead of its quarterfinal league match,” says Siddique.

Shami did not play the quarterfinal but was included for the semifinals, where he picked up four wickets and announced his presence in Kolkata.

“If anyone should get the credit of introducing Shami to Bengal cricket, it should go to Suman Chakraborty of Dalhousie AC… He asked me to come to the Rajasthan Club ground one day, and what impressed me most in Shami was his bowling action. Specially his economy, because of which Shami hardly bowls any no-balls,” says Debabrata Das, secretary of Town Club, where the pacer moved to soon after.

Das was instrumental in getting then Bengal chief selector Sambaran Banerjee to watch Shami in action, and while he was not picked for the Ranji team, he got into the under-22 side.

Shami kept working hard at the nets, but failed to get a game despite picking up over 40 wickets for Town Club in the Kolkata league.

Matters changed when Sourav Ganguly encountered Shami in the nets.

Siddique recalls Shami’s very words: “He said, ‘When I bowled the first ball to dada, it bounced and landed in the wicketkeeper’s gloves. Dada came forward, tapped the pitch and thought it was because of the surface. The next few balls were also similar and then he came up to me and asked kya khel rahe ho.

“I told him I am in the under-22 side but have not got a game yet. Dada muttered something in Bengali, batted for around 45 minutes and then spoke to someone on the phone. We have a game after two days and I am in the playing 11’.”

On November 17, 2010, Shami was finally drafted into the Bengal team for a Ranji Trophy fixture against Assam.

Shami’s debut was quite eventful. The pacer had a fever and luckily for him Bengal won the toss and opted to bat. On the third day, he did not field till about lunch. “At lunch, he came to me and said that he will bowl. He could not bowl till tea due to penalty time,” says W.V. Raman, who was coach then.

After the game, tests revealed he had dengue, which forced him to miss the next few games. When he returned to the side, it was difficult to get in straightaway in a squad with pacers like Ashoke Dinda and Sourav Sarkar.

“He slowly got the opportunity. We knew that he was quick without too much of an effort, and it was certain that if things went right, he would have done well,” says Manoj Tiwary, who was captain of the team.

In 2011, Shami caught the eye of Pakistan pace great Wasim Akram, who picked him for Kolkata Knight Riders in the Indian Premier League. “The reason he came in was because he had impressed Wasim… Wasim thought he was a special talent and he had a deceptive pace even then,” Dav Whatmore, who was the head coach of KKR then, says.

Soon, doors opened for Shami as he performed well in India-A’s tour to the West Indies in 2012. “He had a great tour and everyone noticed him,” says Tiwary, who travelled with him to the Caribbean.

Shami’s personal life made news in 2018, when his estranged wife Hasin Jahan filed a domestic violence case against the cricketer and his family, sought protection and reparations and accused him of adultery. The case is still pending, with Jahan recently being detained at Shami’s house.

“…it finally came out in public and I think that was the best thing to happen because once it was all out in the open, he could stop worrying about it and get his focus back on the game. He realised that if he broke down at that point, there would be no coming back to the national side,” Siddique says.

05/23/2019 Sport Comments Off on Mohammed Shami: From Sahaspur Alinagar to Team India via Kolkata
India