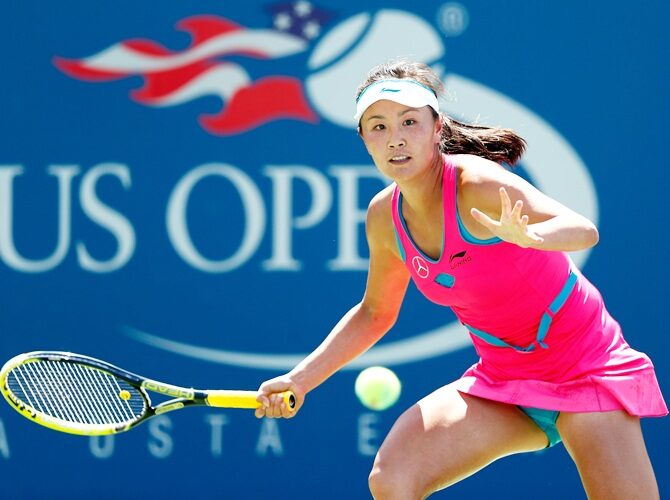 Chinese tennis player Peng Shuai has been staying in her own home “freely” and will make a public appearance “soon”, Global Times editor-in-chief Hu Xijin, a prominent state-media journalist, said on Saturday.

Former doubles world number one Peng has not been seen or heard from publicly since she said on Chinese social media on November 2 that former vice-premier Zhang Gaoli coerced her into sex and they later had an on-off consensual relationship.

Neither Zhang nor the Chinese government have commented on her allegation. Peng’s social media post was quickly deleted and the topic has been blocked from discussion on China’s heavily censored internet.

“In the past few days, she stayed in her own home freely and she didn’t want to be disturbed. She will show up in public and participate in some activities soon,” Hu wrote on Twitter.

The Global Times is published by the People’s Daily, the official newspaper of China’s ruling Communist Party.

Hu said he had confirmed through his sources that photos shared on Twitter by a journalist working for Chinese state media, purportedly showing Peng at home, depicted her “current state”.

Reuters was not able to verify the authenticity of the pictures independently.

Amid growing concern about her whereabouts, the Women’s Tennis Association (WTA) has threatened to pull tournaments out of China and the men’s ATP has demanded clarity from the Chinese authorities. The United States has called for proof of Peng’s whereabouts and safety.

The International Olympic Committee could be pushed into taking a hard line with the 2022 Beijing Olympic hosts, senior IOC member Dick Pound has told Reuters.

Thus far the IOC has declined to comment on Peng’s matter, saying it believed “quiet diplomacy” offered the best opportunity for a solution.

World number one Novak Djokovic said tennis must stand together over the apparent disappearance of Chinese player Peng Shuai and described the ongoing situation as horrific.

Asked for his thoughts following his victory over Cameron Norrie at the ATP Finals on Friday, Serbian Djokovic said he supported the WTA’s threat “100 percent”.

“I support the statement of WTA as an organization and also their president absolutely,” he told reporters.

“The whole community, tennis community, needs to back her up and her family, make sure that she’s safe and sound because if you would have tournaments on the Chinese soil without resolving this situation, it would be a little bit strange.

“I do understand why WTA has taken a stance like that.”

WTA chief Steve Simon said on Friday his organisation was at a “crossroads” with China and said they were continuing all efforts to reach out and hopefully speak to Peng directly.

Djokovic said the tennis authorities should unite to figure out what action to take.

“It’s important because this is horrifying. I mean, a person is missing,” the 34-year-old said.

“I hope that for the sake of tennis, Chinese tennis, Peng Shuai, to find her very soon. It’s terrible. I mean, this could happen to anybody in any part of the world.

“We just have to unite and stand together and show that there is no ignorance to this, that it’s not like it’s just I guess something that concerns China.

“It concerns the tennis world because she has been an international tennis athlete for many years. She deserves at least our support in this whole case.”