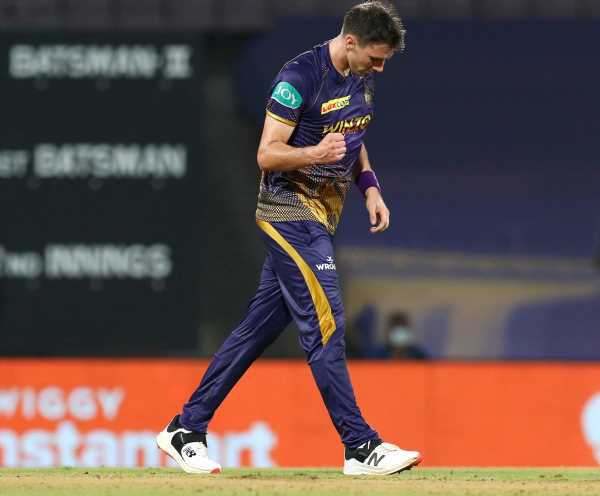 Kolkata Knight Riders fought back after a heroic Jasprit Bumrah spell to win a crucial game on Monday, May 9, 2022.

At the D Y Patil stadium in Navi Mumbai, Bumrah had ripped apart the KKR batting line-up with figures of 5 for 10 off 4 overs, but KKR bounced back beautifully to secure victory.

KKR scored 165 for 9, but MI could never really stage a challenge after losing Rohit Sharma early. Ishan Kishan scored his third half-century of the season, but there was no other significant contribution and Pat Cummins’s three wickets over dashed any hope MI had of victory.

This was a do-or-die match for KKR who had lost four successive games before facing MI on Monday.

Chasing 166, Rohit did not even last one over as he was adjudged caught behind off Tim Southee for two runs from six balls.

Kishan kept it going for Mumbai in the next three overs; MI were 26 for one after four.

In came Andre Russell, who had flopped with the bat, but he kept KKR in the game with Tilak Varma’s wicket in his first over. Dre Russ bowled the hard lengths right away, taking a leaf out of Bumrah’s book. With Sunil Narine and Varun Chakravarthy choking the run rate, Mumbai were stuttering at 66 for two at the halfway mark.

Russell came back and delivered Ramandeep Singh’s wicket off yet another back of length delivery.

As Varun removed the dangerous Tim David, Mumbai were down to 100/4, but they still had hope with Kieron Pollard and Kishan in the middle.

In his third over, Pat Cummins dismissed Kishan, Daniel Sams, Murugan Ashwin. Much like Bumrah’s three wickets over, this one turned the match on its head. 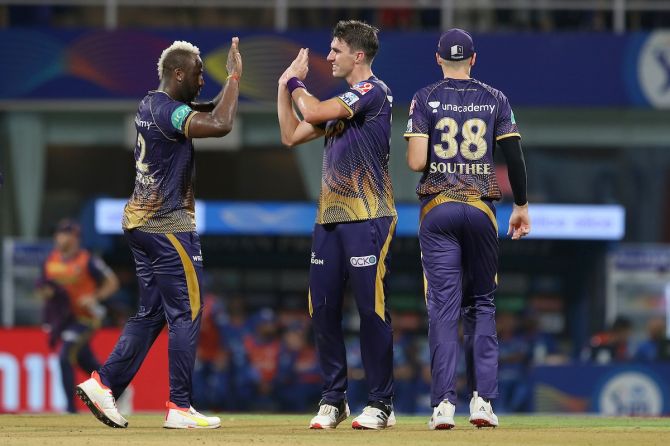 The well-set Kishan was late on the shot and was caught at deep backward square. Another sharp bouncer hit Daniel Sams on the helmet, via a top edge, and to Wicket-keeper Sheldon Jackson. Murugan Ashwin tried to ramp a short ball outside off and found Chakravarthy at fine third man.

Dropped by KKR after a few leaky bowling performances, Cummins reacted to the three wickets maiden over with a muted fist pump.

Pollard hung around without success as MI fell short by 52 runs.

KKR finally played their overseas pacers Tim Southee (1/10) and Pat Cummins (3/22) together and the move worked with the seasoned bowlers sharing four wickets. Russell chipped in with a couple of wickets.

Mumbai Indians are already out of the playoffs race, but KKR needed a win to keep their hopes alive and Shreyas Iyer’s men live to fight another day!