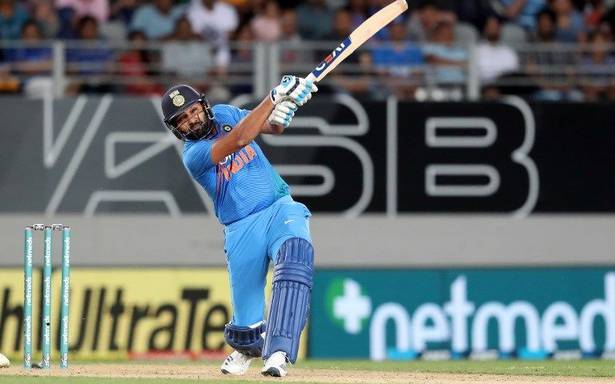 “We brought Mumbai to a standstill.” Those were the words of M.S. Dhoni as he described the open-top bus ride for the successful 2007 World T20 Indian team on the streets of Mumbai.

A few months later, one of those on that bus once again brought traffic to a standstill, but not through glorious achievement. Welcome to the world of Rohit Sharma, where he and his friends decided to fight on the streets in peak traffic.

“Rohit’s and Bhavin’s cars touched each other and all of us got out and started a heated argument,” remembers Abhishek Nayar, who has been a constant in Rohit’s life.

Prashant Naik, a Mumbai batsman who has been Rohit’s friend for two decades, quickly adds. “You won’t believe we almost came to blows. After 10-15 minutes, the moment we saw a police van getting close, we swiftly drove away.”

But if not for his personal struggles and those of his family, as well as the efforts of coach Dinesh Lad, the world might have missed out on a chance to be mesmerised by the Hitman.

Twenty years ago, Lad while scouting talent was impressed with an off-spinner who played for the opposition.

“I asked him to come and see me with his parents. But he said his parents lived in Dombivali (a central suburb) and he lived in Borivali with his uncles,” says Lad.

Successful partnership: Everybody is in agreement that Ritika, Rohit Sharma’s wife, has been a major positive influence in his life.

Two days later, on June 2, 1999, Lad vividly remembers Rohit walking up with his uncle Ravi. “I told them Rohit should change his school for his cricket to flourish,” he said and convinced the school management to accept him after admissions were over “without donation.”

For nearly a year after being a regular at Lad’s nets, Rohit was the primary spinner for the school team. Then one day, as Lad entered the school, he saw from a distance a batsman — with his back to the coach — knocking the ball.

“I was amazed at the swing of the bat and the grip and started wondering where this talented batsman had cropped up from. Only when I went closer did I realise it was Rohit. In the next match, he was promoted to bat at No. 4 and he scored a scintillating hundred. Since then, Rohit’s bat hasn’t stopped talking,” Lad says.

Rohit quickly rose through the junior ranks. He was spotted early on by Vasu Paranjape, who was instrumental in picking him for the Mumbai under-17 team for the first time, with Naik as captain.

Then having impressed the likes of Dilip Vengsarkar and Pravin Amre, he was called up for the India under-19 side, which was followed with a Mumbai Ranji cap and an India debut.

Then came the IPL. With Rohit lacking consistency, there were murmurs of him losing focus. What followed was a big setback — exclusion from India’s 2011 World Cup squad.

While watching the World Cup with his close friends, he turned to Nayar. “He looked at me and said, ‘I am ready to do anything. I want to get back into the Indian team’ That’s when it started for both of us,” says Nayar.

The next six weeks saw Nayar changing Rohit’s lifestyle. A rigorous schedule was chalked out till the start of the 2011 IPL, and it paid rich dividends.

Rohit today is the most successful captain in the IPL, with a team owned by India’s richest family. But he still retains his suburban charm, though his friends stress that his wife Ritika has been instrumental in bringing out the sophisticated SoBo-ite (South Bombay) in the brash kid from Borivali wherever it’s required.

That’s not the only partnership Rohit has cherished in his life. All his close friends are still the ones he had during his early playing days.

Rohit’s efficacy as captain, be it in the IPL or international cricket, may have surprised the world but not his mates. “I haven’t seen anyone who watches more cricket than Rohit. At times, it used to be frustrating to be his roomie, even for someone who loves the sport so much. To just see him watch game after game,” Nayar says.

As Rohit gets ready to board the aircraft to England as Virat Kohli’s deputy, all of his childhood friends are hoping that two months down the line Rohit and his India teammates will once again bring Mumbai’s traffic to a standstill.

05/29/2019 Sport Comments Off on Meet Team India: The rise, fall and rise of Rohit Sharma
India