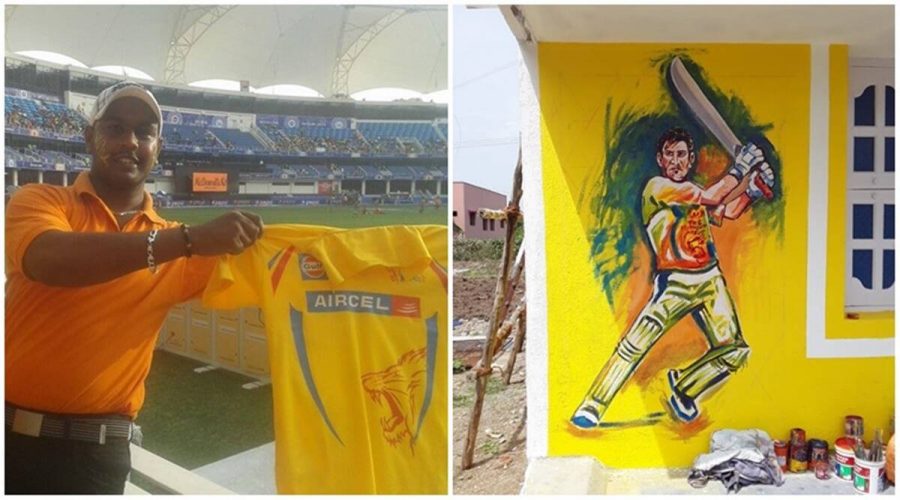 Gopi Krishnan says Dhoni is everything to him and hopes he will lift the cup again for CSK this IPL season. 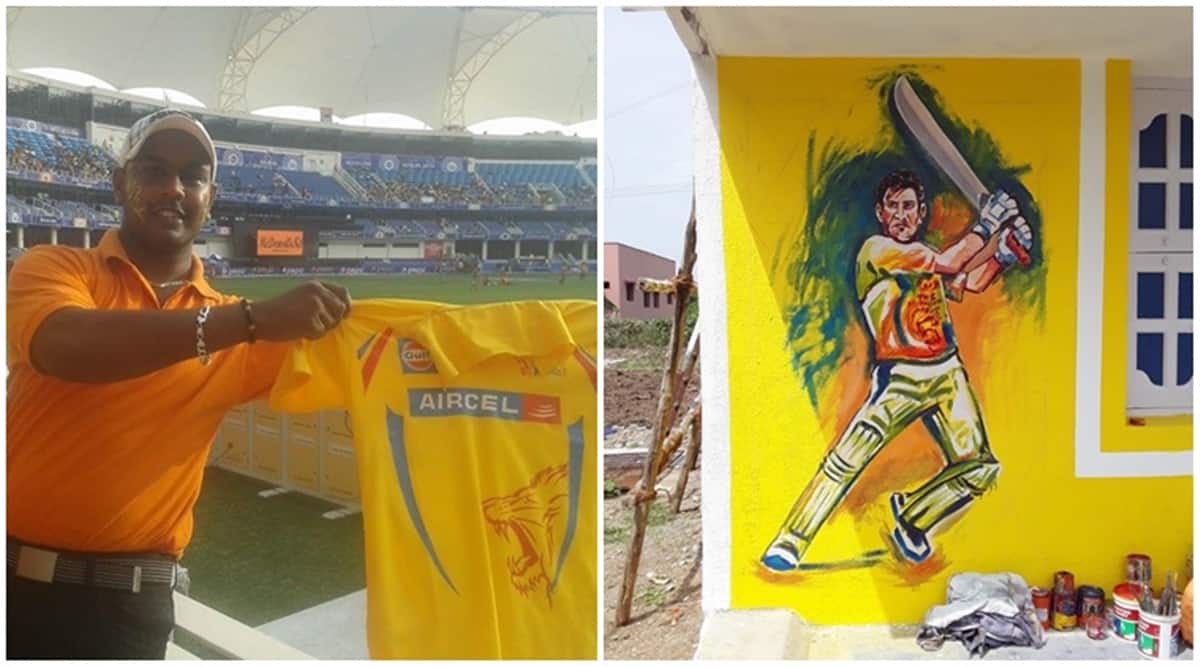 A die-hard MS Dhoni fan has painted his entire house in Yellow as a tribute to his favourite IPL team Chennai Super Kings. Gopi Krishnan (30), who is working as a Forex Trader in Dubai for the past 12 years came back to his hometown in Arangur near the Cuddalore district in Tamil Nadu a month ago. He has coloured his entire house in Yellow to show his support to Dhoni whom he considers as his role model.

“I wanted to do this for a very long time. CSK has not been at their usual best this season and because of that, there was so much negativity. People trolled Thala and CSK, which I was not able to accept. Even some of my friends started to question Thala’s ability, I just shut them by telling success and failures are part of life and we should not criticise a person just because of a few bad games. Thala is Thala for me, so to make others realise that I decided to paint my house in CSK’s Yellow colour. I specifically used Nippon Paint because they are one of the primary sponsors of CSK, I was that particular about each and everything. My entire focus was on making the place look like a perfect CSK fan house. I sought the help of painters and an artist to do the job. My family was very supportive, my dad told me to do whatever I wish. I spent close to 1.5 lakhs to colour the house in Yellow,” he said. Gopi Krishnan had approached Pon Selvarasu, who is working part-time as a drawing teacher in a government school to help him draw Dhoni’s figure, CSK logo, etc. 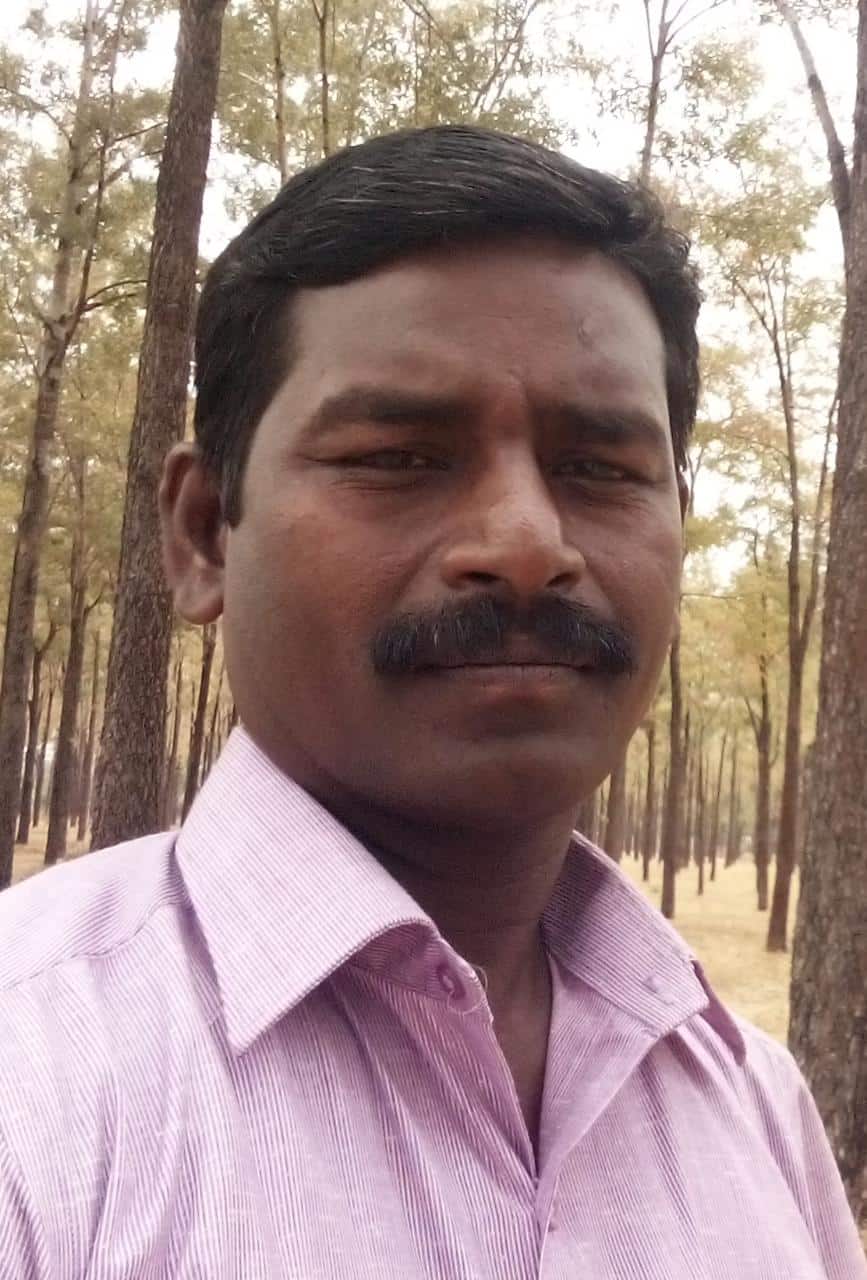 Selvarasu said he has been involved in drawing works since he was in class XI. “I am working as a drawing master in a government school near Tholudhur. I know Gopi for quite some time. He had come to his hometown for holiday. He called me one day and showed pictures of the houses and told his requirement. I did the oil painting, it’s called a stroke model which will enable people to see the image clearly even from a longer distance. I didn’t charge much because Gopi is a friend and also because of my love for Dhoni and CSK. It took me three days to complete the work, but the efforts have paid off. I have been getting calls for the past two days from across the world. People whom I have never met have somehow found my number and have been expressing their happiness. Most of them are Dhoni fans, they idolize him. I am happy that I was able to provide them some happiness in this difficult time,” he said.

Ever since Gopi Krishnan’s house came into the limelight, there has been plenty of visitors. “In the past three days at least 500 people would have visited my house. They are taking selfies with me, they are astonished to see the entire house in CSK backdrop. They say they get goosebumps seeing that huge Dhoni figure at the entrance of my house. I feel happy, people who are criticising Thala will now realise how much he means to us,” he said.

Gopi Krishnan says Dhoni is everything to him and hopes he will lift the cup again for CSK this IPL season.

“Since the IPL management didn’t allow fans inside the stadium, I came back home, or else I would have stayed back in Dubai and watched all CSK matches live. I never missed watching any CSK game, they are the champions of IPL. I am sure they will bounce back in this season also, Thala Dhoni will lift the cup again,” Gopikrishnan said. 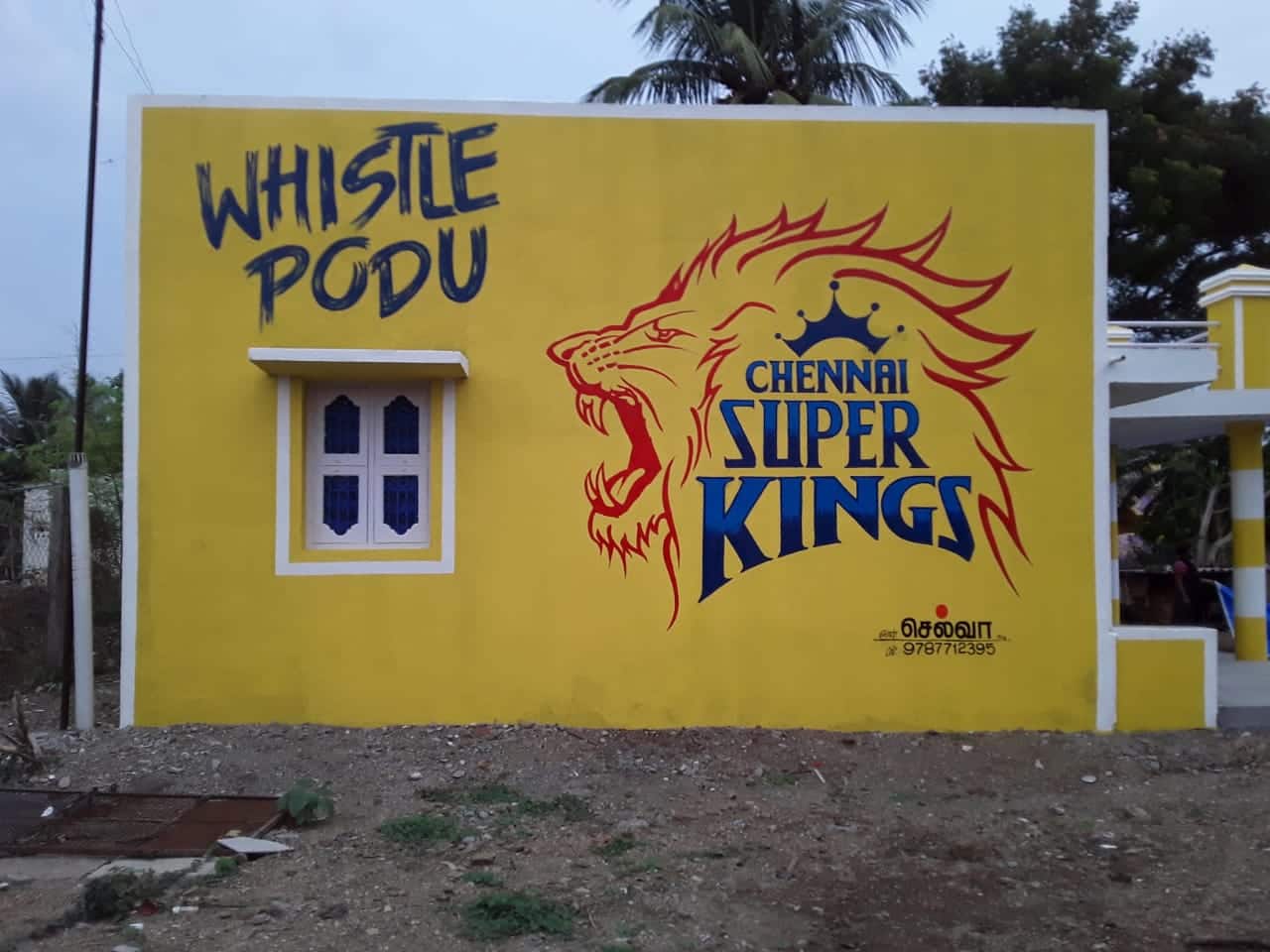 CSK are currently placed sixth on the points table with six points in eight games. They will be facing Delhi Capitals in their next encounter on October 17 in Sharjah.