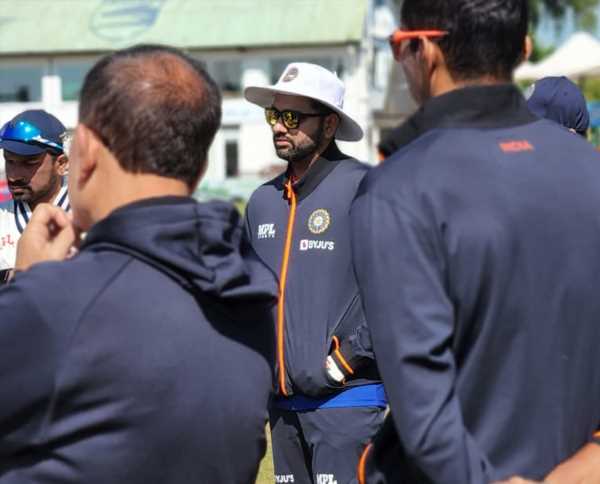 The Indian team management doesn’t seem to be in a hurry to name a stand-in captain in place of Rohit Sharma, who tested positive for COVID-19 on Sunday and is in isolation.

Opener Mayank Agarwal flew to Birmingham on Monday, days ahead of the rescheduled fifth Test against England.

Mayank is all set to link up with the Indian team which has been training for the much-anticipated series decider against England, which will get underway from July 1 at Edgbaston in Birmingham.

Despite the uncertainty, there is optimism that Rohit will recover in time for the Edgbaston Test. But Mayank will be there as a back-up opener should there be any last-minute fitness issues with Rohit.

As far as naming a stand-in captain is concerned, India have options in Ravichandran Ashwin, Jasprit Bumrah and Rishabh Pant — and, of course, Virat Kohli.

England wicket-keeper-batter Ben Foakes also tested positive for COVID-19 and has been replaced by Sam Billings for the Edgbaston Test.

India lead the Test series 2-1. The fifth Test, which was to have been played at Old Trafford in Manchester last September, was cancelled due to rising cases of COVID-19.

A win or draw in the 5th Test will help India win a series in England for the first time since 2007.

06/27/2022 Sport Comments Off on Mayank Flies To England; May Replace Rohit
India