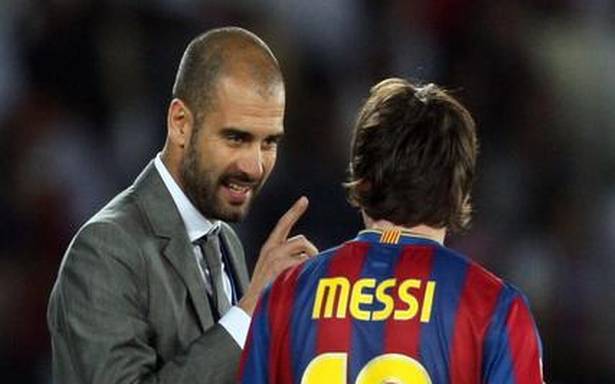 His comments are likely to fuel speculation the pair could reunite at Manchester City.

Lionel Messi counts himself “lucky” to have worked under Pep Guardiola at Barcelona between 2008-12 and says the Spaniard brings “something special” to coaching, comments that are likely to fuel speculation the pair could reunite at Manchester City.

Messi was a mainstay of Guardiola’s Barca side that won 14 major titles and has been linked with a switch to City since the manager signed a new deal that will keep him at the Premier League club until the end of the 2022-23 season.

The Argentine player is into the final few months of his current contract in Spain having unsuccessfully tried to leave Barca during the close season.

“He makes you see things in one way: how he prepares for matches, defensively, how to attack … he told you exactly how the match was going to be, how you had to attack to win,” he said.

“I was lucky … to train under Guardiola and Luis Enrique, the two best. Having them made me grow a lot physically and mentally, and also the tactical wisdom they’ve taught me,” he added.

Guardiola said last month that he is unsure what the future holds for Messi but hopes that, as a Barcelona fan, he will remain at the La Liga club until the end of his career.

12/28/2020 Sport Comments Off on Lucky to have worked under Guardiola, says Messi
TV & Movies