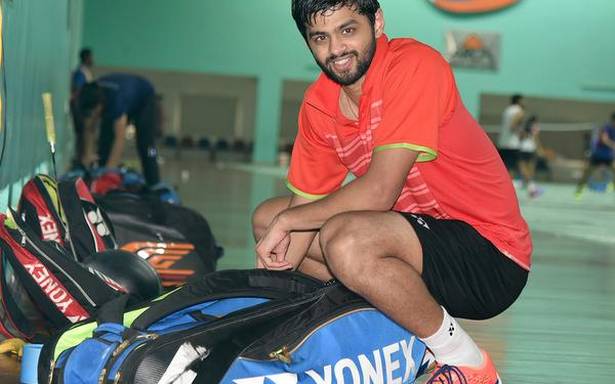 World badminton championship bronze medallist B. Sai Praneeth is concerned about the breaks by way of quarantine before a major tournament in the current scenario.

“The problem is we have been training for long without any events. So, now if you look at the Malaysian Open starting from May 25 and then the Singapore Open, we are supposed to be in quarantine for one week and then have only two days of training before the tournament,” the 28-year-old Praneeth told The Hindu.

“After all the efforts to obtain peak form for the tournaments, these sort of long breaks are a major irritant. As far as training is concerned, all the singles and doubles players are practising separately.

“Earlier, we used to train for four weeks and then play a tournament. Now we are missing real competition,” he said.

“Personally, the fact that I am assured of being there for the Tokyo Olympics is a motivating factor even as some of these events are cancelled. But think of others who are keen to play in the Olympic qualifiers.

“I am optimistic that the Olympics will be on as extreme precautionary measures are being taken in Tokyo. This shows the organisers are keen to conduct the Games as per schedule.

“This phase without tournaments is also helping me fine-tune my game, like working on my defence and all-round game,” said Praneeth.

“The main focus has always been fitness. Reaching the desired level is something different and sustaining it for a longer period is a real challenge.

“I am not trying anything new in my game. I am comfortable with my strengths as my coaches are helping me out in making the minor adjustments, if needed,” added Praneeth.

04/25/2021 Sport Comments Off on Long breaks are a major irritant: Praneeth
India