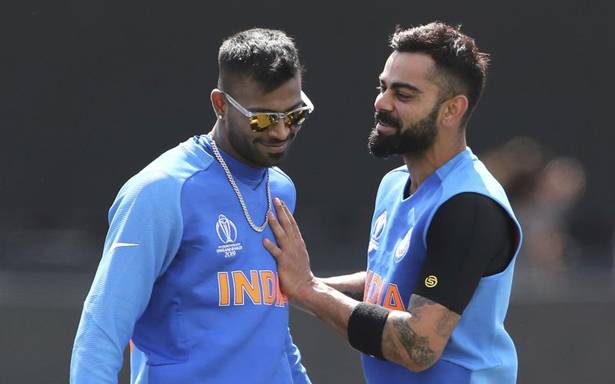 Bangladesh captain Mashrafe Mortaza won the toss and decided to bowl first in the warm-up match against India at Cardiff.

(If you are viewing this on The Hindu app, click this link to open the scorecard in your browser)

The top-order will ideally like an extended session in the middle but injured Kedar Jadhav and Vijay Shankar’s lack of game time will certainly be a bigger worry for India ahead of their final World Cup warm-up game against Bangladesh in Cardiff on Tuesday.

The top heavy Indian line-up flattered to deceive in bowling-friendly conditions at the Oval as Trent Boult troubled them with both swing and seam movement.

The six-wicket defeat against New Zealand however won’t be a big worry for Virat Kohli as he has some bigger issues to take care of.

Kohli is bound to be a worried man if Jadhav and Shankar are unable to get a decent hit against Mashrafe Mortaza’s men before facing a tricky opposition like South Africa in its tournament opener at Southampton on June 5.