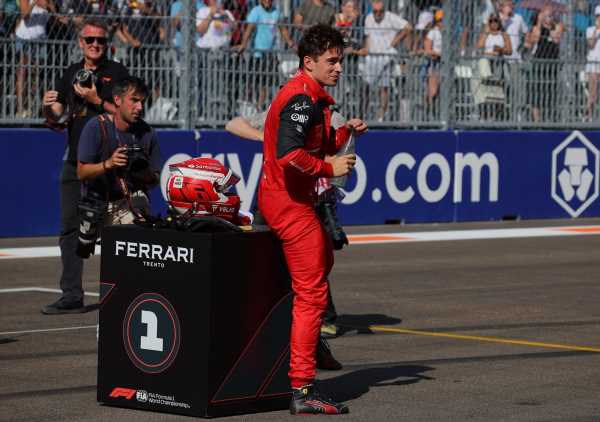 The pole was the Monegasque’s third in five races this season, and 12th of his career as well as the first time Ferrari had secured the top two grid positions since the 2019 Mexican Grand Prix.

“The last weekend hasn’t been great for me. I made a mistake in the race but today went well,” said Leclerc, who finished only sixth after a late spin in Ferrari’s home race at Imola in April.

“We are starting on pole and we need to finish the job tomorrow. They (Red Bull) are extremely quick in the straight lines, we are quick in the corners. It will be a tight challenge tomorrow,” added the 24-year-old.

Sainz’s front row slot, 0.190 of a second slower than Leclerc’s time of one minute 28.796 seconds, marked a strong return from the Spaniard after he crashed heavily in Friday practice.

“I haven’t done any long runs yet… so tomorrow will be the first time to have a feel,” said the Spaniard.

“It could be quite challenging but at the same time I am feeling confident with the car, the car is really good to drive around here so I think we can do a good job.” 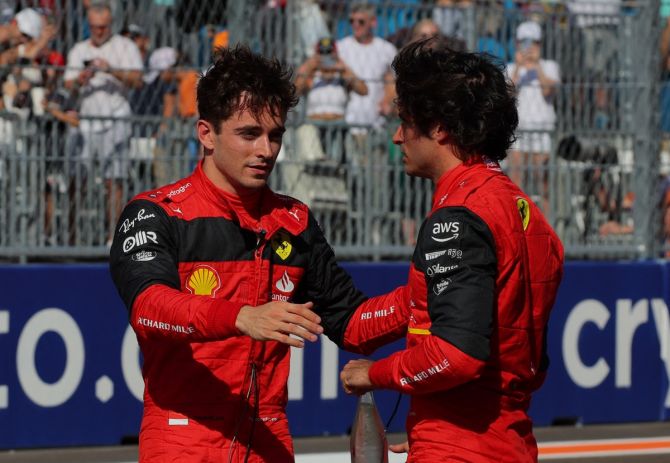 Verstappen was 0.195 off the pole — and 0.005 off the front row — after having to slow on his final attempt when he pushed a bit too hard.

Any disappointment was tempered by the fact he did only a handful of timed laps on Friday before being sidelined by an hydraulics problem.

“Actually to be that competitive in qualifying, I was a bit surprised,” said the Dutch driver, who is 27 points behind Leclerc in the championship.

“We have a good chance for tomorrow. We have good top speed. I think the car is handling quite well so I’m looking forward to that.”

Valtteri Bottas qualified fifth for Alfa Romeo with seven-times world champion Lewis Hamilton sixth for Mercedes, who had George Russell back in 12th.

Alpine’s Esteban Ocon did not take part in qualifying after crashing in final practice.