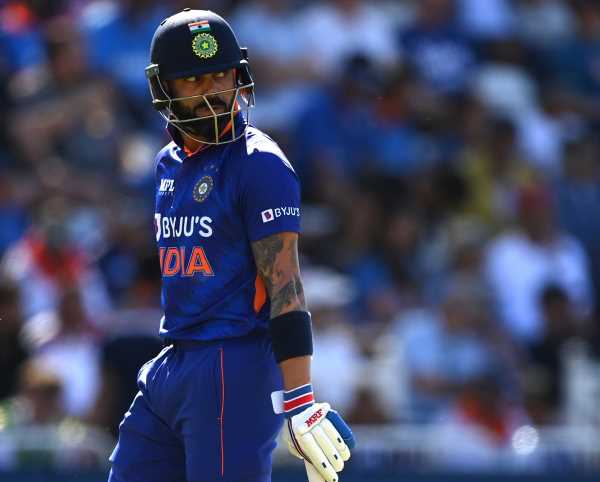 Virat Kohli looked a pale shadow of himself during the second and third T20Is in Edgbaston and Trent Bridge on Saturday and Sunday, July 9 and 10, scoring 1 and 11.

Ajay Jadeja, who played 196 ODIs for India and scored 5,359 runs, said he wouldn’t pick Kohli in his T20 side, especially when the team has created a new template of playing aggressive cricket.

‘You have been shown that there is another way of playing the same game. You are still scoring around 180 to 200. It’s not that the game has changed, but you have a choice of how you want to play,’ Jadeja told Sony Sports.

There are two options before Skipper Rohit Sharma and the team management about Virat Kohli’s future, Jadeja said.

Kohli has not scored a hundred in 76 international innings across all formats since 2019, but Jadeja felt Kohli should not be left out of India’s T20 World Cup team because of his lack of hundreds, but due to the shift in the team’s batting mindset.

‘Virat Kohli is a special player. If it wasn’t Virat Kohli, he wouldn’t have probably playing Test cricket as well,’ Jadeja elaborated.

‘Virat Kohli is a choice that you have to make. Do you want to play that solidity at the top and then get runs right at the back? It’s that old style when Virat Kohli and Rohit Sharma will bat at the top and you would have players like (Mahendra Singh) Dhoni where they get 60 in the last 4 overs.’

‘It depends on whom you want to play. I feel you have a choice, it’s a tough one to make,’ Jadeja said.