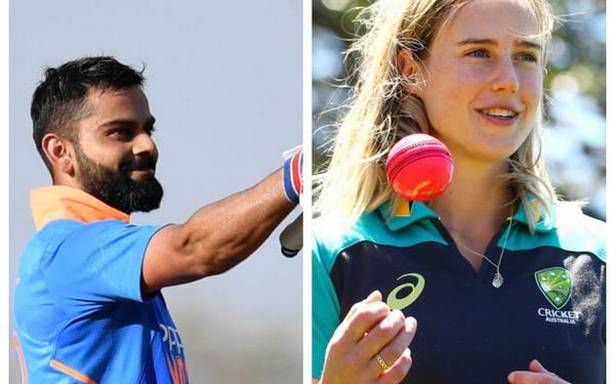 Dubai India captain Virat Kohli on Monday headlined the ICC top honours for the decade, winning the Sir Garfield Sobers award for the best male cricketer of the past 10 years.

Kohli was also picked for the ODI Cricketer of the Decade award.

Former India skipper MS Dhoni won the ”ICC Spirit of Cricket Award of the Decade”, chosen by fans for his gesture of calling back England batsman Ian Bell after a bizarre run out in the Nottingham Test in 2011.

The International Cricket Council (ICC) made the announcements via twitter, bestowing the top honours on Kohli, who scored 66 out of his 70 international hundreds, in the "ICC Awards" period.

Overall, the 32-year-old has amassed 12,040 runs in ODIs, 7318 runs in Tests and 2928 runs in T20 Internationals, averaging more than 50 across formats. Kohli was also part of the World Cup-winning India squad in 2011, something he will cherish for life.

The other nominees of the ICC Male Cricketer of the Decade were R. Ashwin, Joe Root, Kumar Sangakkara, Steve Smith, Ab de Villiers and Kane Williamson.

"Firstly, it’s a great honour for me to receive this award. The moments I hold closest to my heart in the last decade definitely has to be the World Cup win in 2011, the Champions Trophy win in 2013 and winning the series in Australia in 2018," said Kohli in a statement.

On Sunday, Kohli was the lone player to be named in teams of the decade across formats and was named captain of the Test all-stars.

On being also named the ODI Cricketer of the Decade, Kohli added: "ODI cricket is something that I took to very early. I came to the ODI team first and then, I made my Test debut a couple of years later.

"So, I got the understanding of my game pretty soon, pretty early. And as I mentioned before, my only intention and mindset was to make winning contributions for the team and I just tried to do every game that I play.

"I never focussed on stats and numbers along the journey at all and those things just become the by-product of what you do on the field and those for me, just end up being milestones that you cross on the way to the path to victory." For the ODI honour, Kohli was the only player with 10,000 plus runs in the "ICC Awards" period including 39 hundreds and 48 fifties at an average of 61.83.

Kohli, who flew back home after the first Test in Australia, was earlier named skipper of the ICC Test Team of the Decade and was the only player to be named in teams of the three formats.

He is already India’s most successful captain in the longest format with 33 Test victories. He has Test hundreds in seven of the eight countries he has played in with six double hundreds in 2016 and 2017 combined, a golden period in his long-format career.

Australia’s Elysse Perry swept the women’s awards, securing the ICC Female Cricketer of the Decade honours alongside ODI and T20 Cricketers of the Decade award.