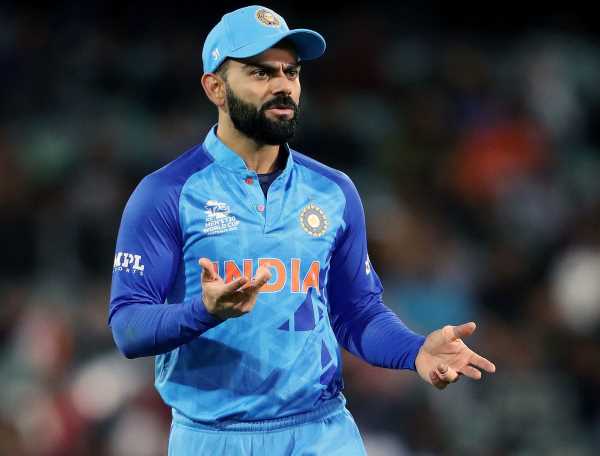 Virat Kohli was accused of ‘fake fielding’ by Bangladesh’s wicketkeeper-batter Nurul Hasan during the T20 World Cup match at the Adelaide Oval on Wednesday, November 2, 2022.

Nurul believes Kohli’s act went unnoticed by the umpires, which otherwise could have resulted in a five run penalty.

Bangladesh lost the rain-hit game by 5 runs after they were set a revised target of 151 in 16 overs.

‘Definitely, the wet outfield did have an impact when we restarted the game. But there was also a fake throw which could have got us five runs, but we didn’t even get that,’ Nurul told reporters after the match in Adelaide.

The incident occured in the seventh over of the Bangladesh innings when Litton Das hit Axar Patel through the off-side.

Arshdeep Singh threw the ball back from deep point to wicket-keeper Dinesh Karthik at the striker’s end, but as the throw is coming back, Kohli, who doesn’t have the ball, is seen attempting to throw at the non-striker’s end while Das and Najmul Shanto are completing the second run. 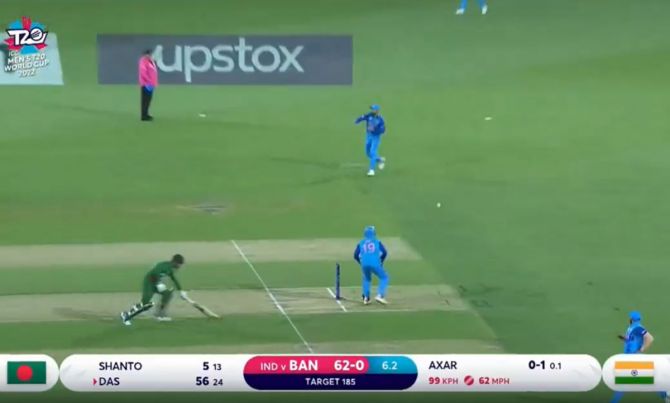 As per the ICC’s playing conditions ruling on deliberate distraction, deception or obstruction of batter, ‘it is unfair for any fielder wilfully to attempt, by word or action, to distract, deceive or obstruct either batter after the striker has received the ball’.

Rule 41.5.3 further states that ‘If either umpire considers that a fielder has caused or attempted to cause such a distraction, deception or obstruction, he/she shall immediately call and signal Dead ball and inform the other umpire of the reason for the call.’

It is not clear if Kohli’s actions led to the Bangladeshi batters getting distracted and whether they lodged a complaint over the matter.