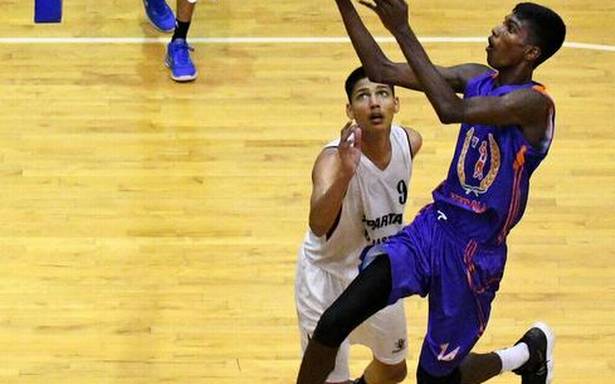 Kerala stormed into both the boys’ and girls’ finals of the 36th Youth National basketball championship here on Monday.

Interestingly, both matches went down to the wire and, with it, saw the exit of the defending champions. It was the girls who started it all by scoring a stunning 74-70 win over Punjab.

Kerala dominated the board in the first two quarters and raced to a comfortable 10-point lead at 36-26. But the Punjab girls, fighters as they are, inched their way up slowly and steadily in the third. They shot eight baskets in five minutes and that was because of Kerala’s extra cautious approach.

With a one-point edge going into the final 10 minutes, Punjab pressed hard and so did Kerala.

The latter made it a point to closely guard Harsimran Kaur (39 points), Punjab’s shining star.

Three of them were busy guarding her and after successfully scuttling her scoring chances, Kerala went into the attack through Ann Mary Zacharia (30), the team’s big star. She carried the responsibility on her shoulders comfortably to see the team through.

Later in the day, the Tamil Nadu girls hammered an off-colour Rajasthan 57-34 and set up a final showdown with Kerala.

Inspired by the girls’ performance, Kerala’s boys came up with similar show defeating a fighting Rajasthan 65-62.