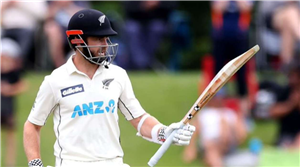 New Zealand qualified for the World Test Championship final after Australia decided to indefinitely postpone their away series against South Africa in the wake of a fresh surge of COVID-19 cases. New Zealand captain Kane Williamson is excited to play in the inaugural World Test Championship final as the tournament has added context to the traditional format of the game.

New Zealand, led by one of the finest batsmen in modern times, have qualified for the final with 70 percentage points after Australia decided to indefinitely postpone their away series against South Africa in the wake of a fresh surge of COVID-19 cases there.

“It’s exciting to play in the final of the first (World) Test Championship. Adding Test Championship has added context to Test cricket and it has been a really interesting move,” Williamson, who has been in sublime form during all of New Zealand’s home series wins, told Youtube channel ‘Sports Today’.

“I think we have seen that more so in recent months, where sides have made players benefit from opportunities to advance themselves into the final and that’s really exciting,” the Black Caps skipper said.

In the final, New Zealand, in all likelihood, will meet either India or England, who will be locked in a four-Test series starting Friday.

If India can pull off a series win with two victories, they would be meeting New Zealand at the Lord’s from June 18-22, while England would need to win minimum of three Tests to reach the summit clash.

Australia will only now play the finals if India versus England series is drawn or India or England fail to win more than one or two Tests respectively.