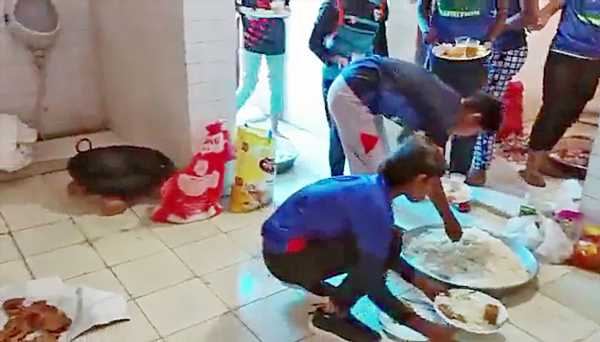 Kabaddi players competing at an Under-16 event were served food that was kept in a toilet, prompting the authorities to suspend the district sports officer for laxity and blacklisting the caterer.

Dhawan, one of India’s top cricketers, said he was disheartened to see the kabaddi players having food in the toilet. ‘This is very disheartening to see Kabaddi players at a State level tournament having food in toilet. Would request @myogiadityanath & @UPGovtSports to look into the same and take necessary action,’ Dhawan tweeted. 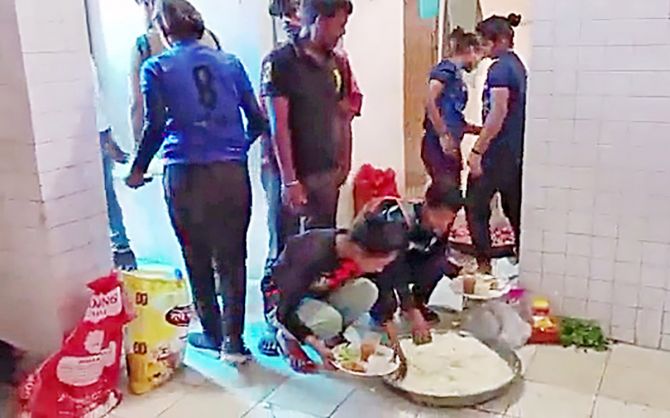 The Amateur Kabaddi Federation of India on Wednesday washed its hands off the incident where the players at a state-level tournament were served food from a toilet, saying it was not, in any way, involved in the staging of the event in Uttar Pradesh’s Saharanpur district.

UP State Kabaddi Association Secretary Rajesh Kumar Singh said the tournament was not sanctioned by the Amateur Kabaddi Federation of India nor by the state unit.

‘The tournament was organised by the state government’s sports department. Our role was to provide only the technical support. We sent some officials to conduct the event and the selection committee, nothing else,’ Singh said.

“We have our state level events like open championships. This event (the Under-16 girls tournament in Saharanpur) was not in our annual calendar of events,’ Singh stated.

The UP government, Singh said, is taking strict action and an inquiry committee will take feedback from players.