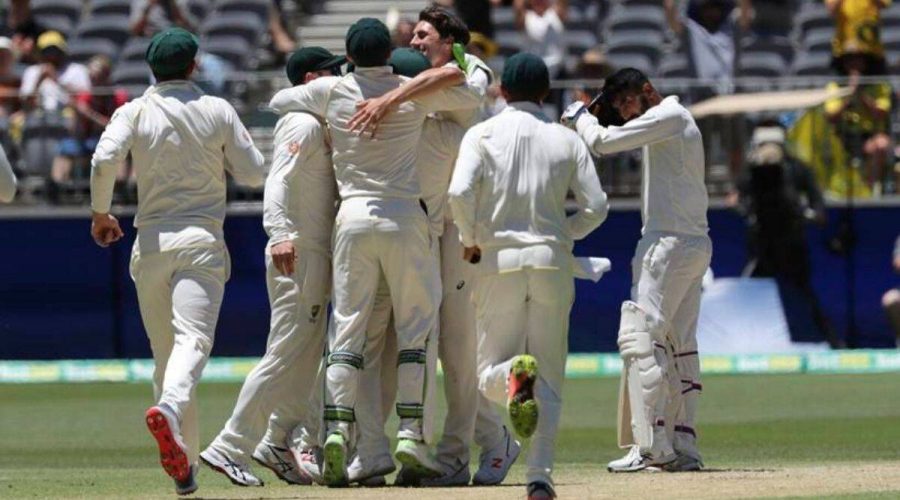 The trio of Mitchell Starc, Josh Hazlewood, and Pat Cummins is likely to be the first choice in the pace department but the selectors also have a lot of options to choose in the 17-member squad. Australia head coach Justin Langer says his pacers have improved in the last two years since the Test series defeat to India and he can’t wait to see them have a go at Virat Kohli and his men in the upcoming Border-Gavaskar Trophy. India had stunned Australia 2-1 to win their maiden Test series Down Under in 2018-19.

The two teams are set to lock horns again on Australian soil in a four-Test series with the opening Day-Night game in Adelaide starting December 17.

“If I go back to that time (2018-19), we lost a toss at the MCG after winning the Perth Test match – lost the toss on possibly the flattest wicket I’ve seen in Test cricket … and they (India) bowled for nearly two days,” Langer was quoted as saying by ‘Sydney Morning Herald’.

“And then we had to back it up and play at the SCG the next Test match on a pretty flat wicket as well. Not making excuses, but it was tough going back then.

READ | Bowling at India’s batting unit will be a test for me: Swepson

“India were on top of their game, they deserved to beat us for the first time in their history. But our guys are two years better and a lot of the Indians are the same, more experienced. I can’t wait to see them go. Can’t wait.”

India had won the first and third Test at Adelaide and Melbourne respectively, while Australia claimed a victory in the second game at Perth with the final match ending in a draw.

The trio of Mitchell Starc, Josh Hazlewood and Pat Cummins is likely to be the first choice in the pace department this time too but the selectors also have a lot of options such as James Pattinson, Queenslander Michael Neser and Sean Abott to choose in the 17-member squad.

Pattinson, who had replaced an injured Hazlewood in the Melbourne and Sydney Tests against New Zealand last summer, is however short of red-ball form as he was busy in the recently-concluded IPL in UAE.

Neser is yet to make his Test debut despite being with the Test squad for more than a year, while NSW’s Abbott has emerged as a potential Test all-rounder in last two years, displaying good form in the Marsh Sheffield Shield season.

READ | ‘He is just another player to me’: Paine on ‘polarising’ Kohli

“James Pattinson who has come back from that back injury, we saw how powerful that was during the last Ashes in England. Michael Neser keeps playing well over and over again,” Langer said.

“And Sean Abbott, every Shield player I’m talking to, batsmen, they’re all saying Sean Abbott is bowling fast and his lines and lengths are incredible.

“(We have) got great depth and I can’t wait to see them get going against India this summer.”