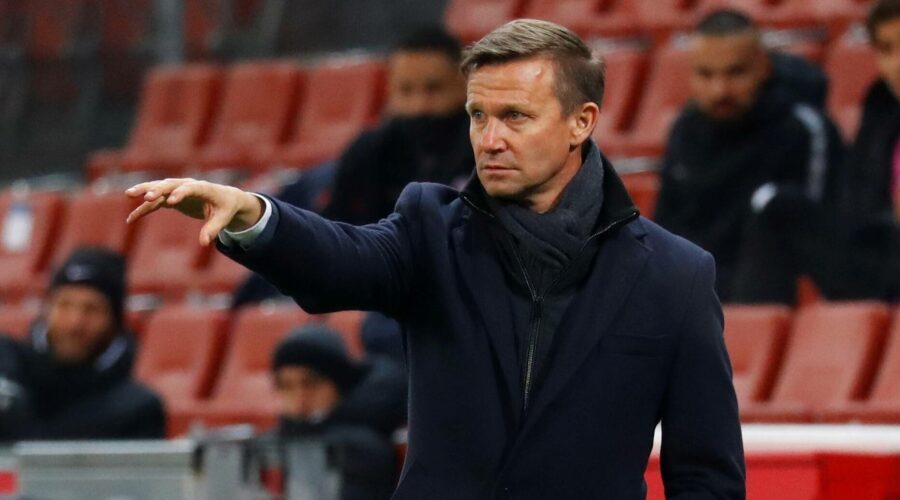 The 47-year-old Marsch, who was an assistant coach at RB Leipzig in 2018/19, will join from sister club RB Salzburg, where he won the Austrian Bundesliga and Cup double last season. RB Leipzig have named Jesse Marsch as coach from next season, replacing Julian Nagelsmann who is joining Bayern Munich, after the American agreed a two-year deal, the club said on Thursday.

The 47-year-old Marsch, who was an assistant coach at Leipzig in 2018/19, will join from sister club RB Salzburg, where he won the Austrian league and Cup double last season.

From 2015 to 2018 Marsch had coached another Red Bull-owned club, the New York Red Bulls. Marsch is also the first U.S. coach to have managed in the Champions League, with Salzburg.

“Jesse has done outstanding work everywhere he has worked so far,” said Leipzig’s Head of soccer Oliver Mintzlaff. “He has kept developing and it is obviously an advantage that he has worked at RB Leipzig for a year in the past.

“Jesse knows the club, the city, but most of all the philosophy of the team and the playing style,” he said.

Nagelsmann this week announced his departure for Bayern at the end of the season having signed a five-year contract.

Marsch has big shoes to fill in Leipzig, with 33-year-old Nagelsmann last season having led the team to third place in the Bundesliga and the Champions League semi-finals with high-octane pressing and attacking football that has won over many fans.

They are currently second in the standings, seven points behind leaders Bayern with three games left, and can still win their first trophy, having reached the German Cup semi-finals.