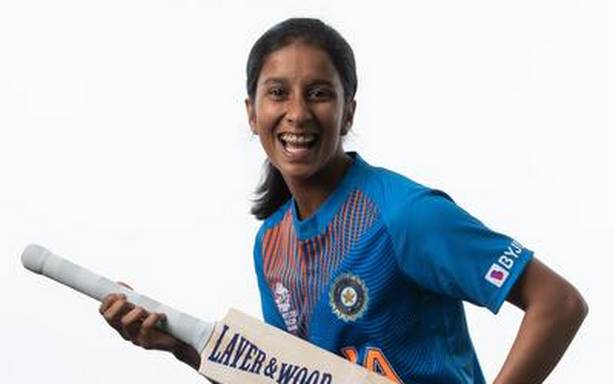 She became youngest to reach 1,000 runs in T20I Before rain intervened

Jemimah Rodrigues has carried her sparkling form in The Hundred from England across the sea to Australia, but rain brought a premature end to her splendid innings as well as a T20I match that was shaping up well.

She was on 49 not out (36b) when the first T20I was abandoned at Carrara on Thursday, with India, put into bat, on 131 for four (15.2 overs). Before the weather intervened, the 21-year-old became the youngest to reach 1,000 runs in T20I though, beating the record of Stafanie Taylor of the West Indies.

And she was returning to the Indian team after the ODI against England in July. She said at a virtual conference that she probably would not have made the XI but for her performance in The Hundred.

“The way The Hundred was organised by the ECB (England Cricket Board) was crazy,” Jemimah said. “It was on YouTube and radio and there were banners everywhere. Hats off to the ECB for the way they promoted women’s cricket and men’s cricket. Every game was a double-header, starting off with the women’s game.”

She said she was happy to back with the Indian team. “I have waited a long time for this,” she said.