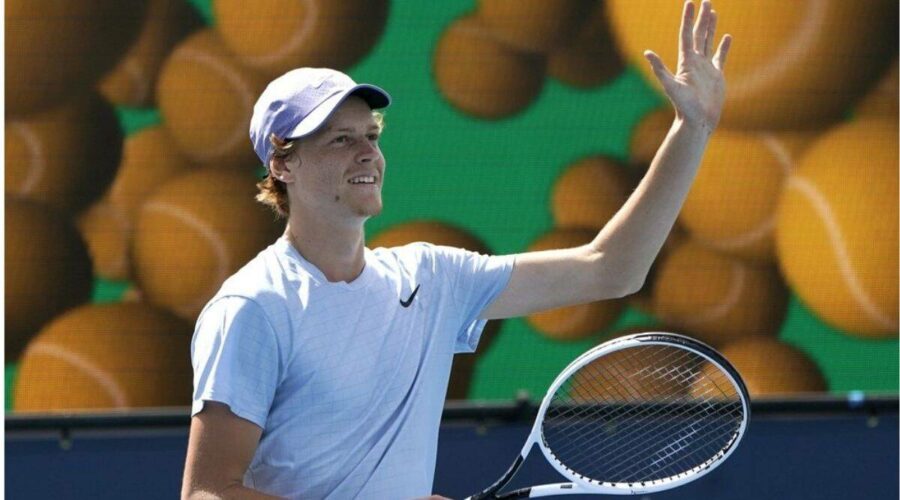 On Friday, the 19-year-old Italian became the fourth teenager to reach the Miami men’s final. The others: Novak Djokovic, Rafael Nadal and Andre Agassi. 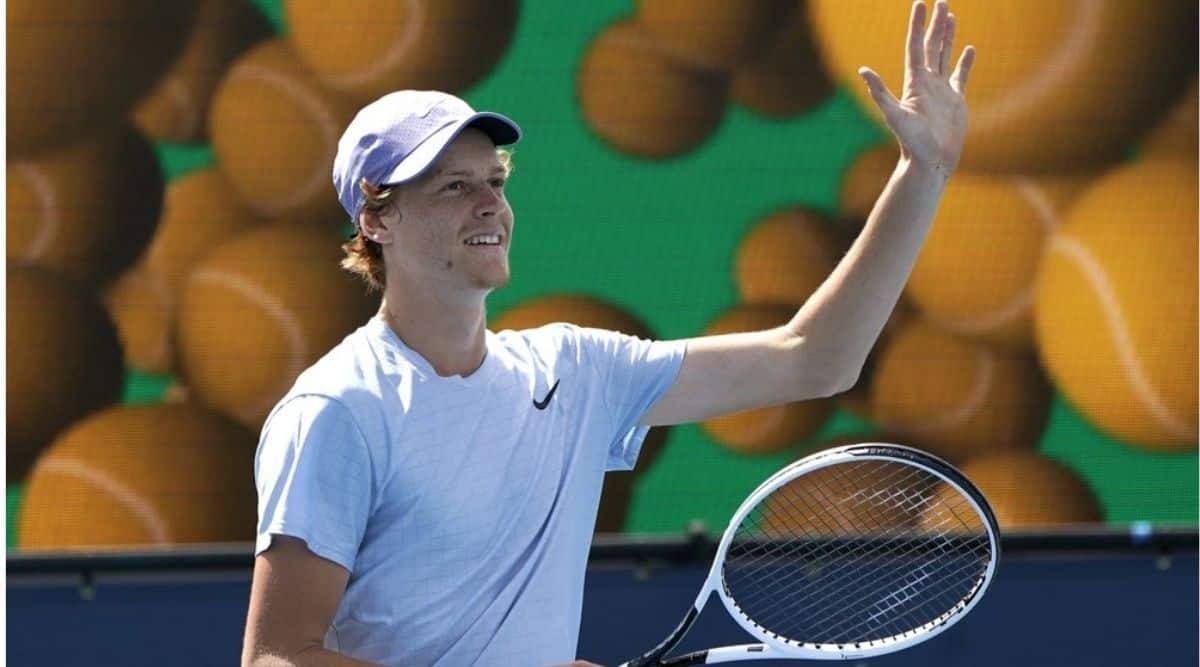 On Friday, the 19-year-old Italian became the fourth teenager to reach the Miami men’s final. The others: Novak Djokovic, Rafael Nadal and Andre Agassi.

“It’s nice, but it doesn’t mean anything,” Sinner said. “The road to have a big name is long. It’s not done in one week of a tournament.”

Sinner, who chose tennis over skiing at age 13, is playing in only his third top-level ATP event. He rallied in the semifinal to beat Spanish counterpuncher Roberto Bautista Agut, 5-7, 6-4, 6-4.

Sinner will next face No. 26-seeded Hubert Hurkacz of Poland, who advanced to his first ATP Masters 1000 final by beating No. 4 Andrey Rublev 6-3, 6-4. Hurkacz, 24, improved to 9-0 in Florida this year, including his second career ATP title in Delray Beach in January.

“We knew many players were not coming here, especially the big three,” Sinner said. “I have a good team, and we approached this tournament to go very, very far.” 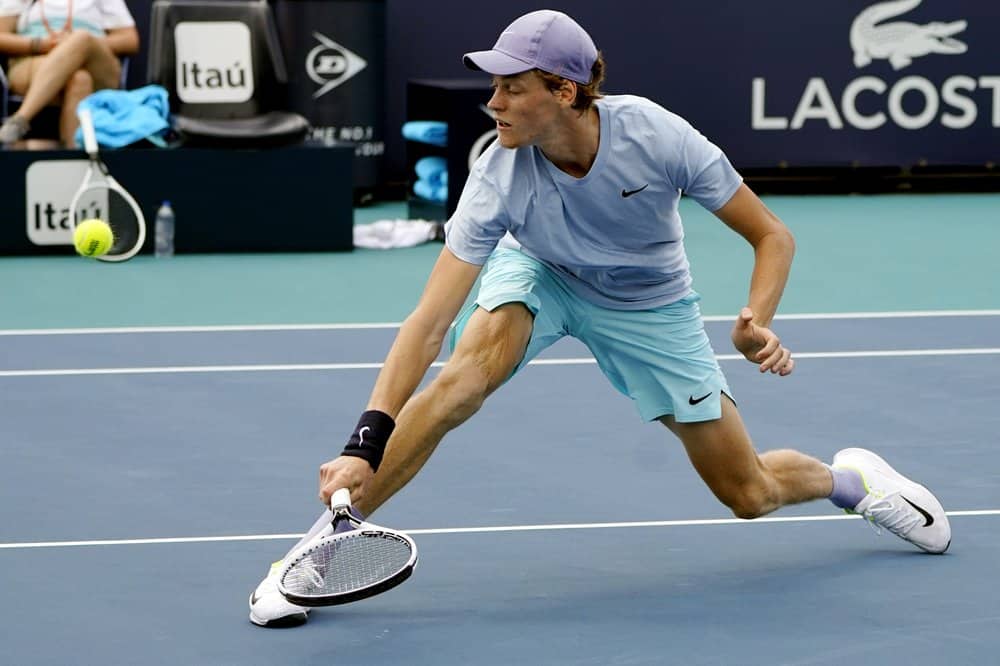 On the women’s side, No. 1-ranked Ash Barty will play for her second consecutive Miami title Saturday against No. 8 Bianca Andreescu, who edged No. 23 Maria Sakkari in a three-setter that ended at 1:35 a.m. Friday.

“I love a challenge,” Andreescu said, “and I know she’s going to challenge me on Saturday.”

The lanky Sinner, seeded 21st, has improved his ranking from 78th at the start of last year. He created a buzz by reaching the quarterfinals in his French Open debut in September and is projected to climb to at least No. 24 next week.

“He has everything, no?” Bautista Agut said. “He has a big serve, he’s big, he moves well, he has very good groundstrokes. Mentally he’s also great and improving. He has a great future.”

Sinner’s matchup against the No. 7-seeded Bautista Agut was a contrast in styles, with Sinner’s overpowering groundstrokes gradually wearing down his dogged opponent.

Sinner caught a break at 3-all in the second set, when Bautista Agut let a ball go on break point, and it landed on the line.

“I thought that ball was going out, and it touches the line by one millimeter,” Bautista Agut said. “Tennis, sometimes it’s crazy, no? One ball can make a big difference in the match.”

Sinner went on to hold and broke in the final game of the set to even the match.

Down a break in the final set, Sinner rallied again and closed out the win with one last crushing groundstroke to break at love.

A fist pump was the extent of his celebration. He has an impassive demeanor he attributes to his parents, who make their living at a restaurant in northern Italy — his dad as a cook, his mother as a server.

“They are working every day a simple job,” he said. “They know what it means to work hard.”

Sinner and Hurkacz are good friends and doubles partners, but they’ve never played each other on the tour.

“Obviously I’m super happy to be where I am,” Hurkacz said. “Jannik hits the ball very hard from both sides, and I’ll have to try to stay aggressive and play my best tennis.”

Hurkacz, who defeated No. 2-seeded Stefanos Tsitsipas in the quarterfinals, has beaten two top-10 opponents in the same tournament for the first time. He’s projected to move from No. 37 to a career-high No. 27 in next week’s rankings.