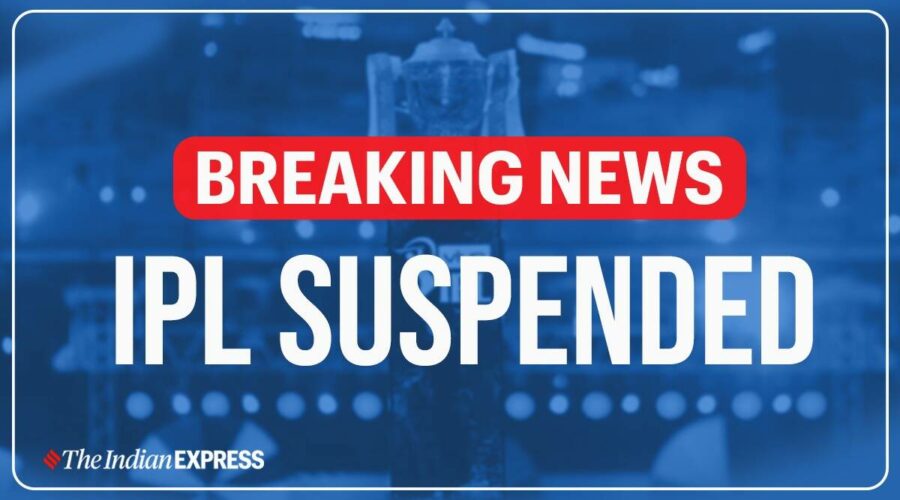 The BCCI has decided to suspend the 2021 Indian Premier League (IPL) for the time being. The cricket board office bearers went into a huddle on Monday evening after the IPL bubble was breached. They decided to postpone the tournament.

“The BCCI does not want to compromise on the safety of the players, support staff and the other participants involved in organising the IPL. This decision was taken keeping the safety, health and well-being of all the stakeholders in mind. The BCCI will do everything in its powers to arrange for the secure and safe passage of all the participants in IPL 2021,” said an official statement.

“The IPL has been suspended for the time being. We spoke to everyone from teams, broadcasters and all those who were involved in it. It was decided to defer the IPL, especially looking at the sentiment and current situation in the country. For us players’ health is paramount and BCCI will always keeps safety first. We will meet again soon and decide when we can conclude this edition, we will have to see when is the next window available,” BCCI vice-president Rajeev Shukla told The Indian Express.

On Tuesday, Sunrisers Hyderabad’s wicketkeeper-batsman Wriddhiman Saha was tested positive for coronavirus. This came on the heels of Kolkata Knight Riders’ spinner Varun Chakravarthy and medium-pacer Sandeep Warrier returning COVID-19 positive. The game between KKR and Royal Challengers Bangalore yesterday was cancelled. Following Saha contracting COVID-19, another postponement was on the cards, Tuesday evening’s game between Sunrisers and Mumbai Indians.

Chennai Super Kings’ bowling coach L Balaji returning COVID-19 positive made things even more complicated. Almost everybody in the CSK team came to his “close contact”, which forced a six-day self-isolation as per the IPL’s Covid protocols.

As per the IPL COVID-19 guidelines, “close contact” of an affected person should “isolate for six days” and return “3 negative tests on Day 1, 3 and 6”.

CSK communicated to the BCCI that they wouldn’t be able to play their next match against Rajasthan Royals on Wednesday.

Over two days, COVID-19 engulfed the IPL and the BCCI had no option but to suspend it. It is learnt that moving the tournament to a single venue was never an option, for creating new bubbles in the middle of the tournament was well-nigh impossible. Shifting the IPL out to the United Arab Emirates was already ruled out.

“It’s not feasible to take the IPL to UAE now, midway into the tournament,” a top BCCI official told The Indian Express.

Also, during the conversation on Monday, he didn’t rule out postponement.

“We are watching the situation closely. Can’t say at the moment if postponement (of the tournament) is an option. We are hoping that the situation will get better. We will decide as per the situation,” he had said.

Asked why the BCCI didn’t hold this year’s IPL also in UAE, he said: “We had an excellent England series, where spectators were allowed inside the stadiums. India’s COVID-19 curve had flattened. So naturally we didn’t think about organising this year’s IPL in UAE. In England, Premier League continued when they had a second wave and the country went into a lockdown.”