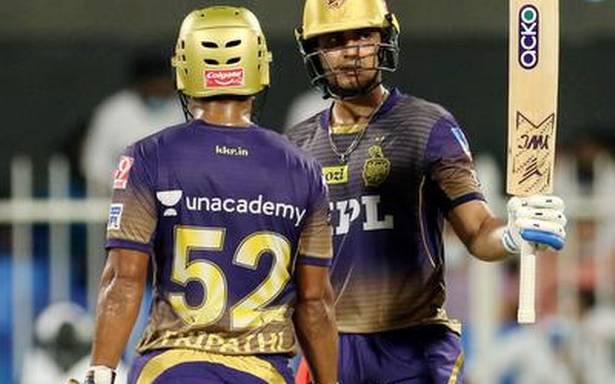 Kolkata Knight Riders made 171 for four against Rajasthan Royals in the Indian Premier League here on Thursday.

Shubman Gill scored 56 off 44 balls while his opening partner Venkatesh Iyer made 38 off 35 balls.

Earlier, Rajasthan Royals won the toss and opted to field against Kolkata Knight Riders in the Indian Premier League at Sharjah on Thursday.