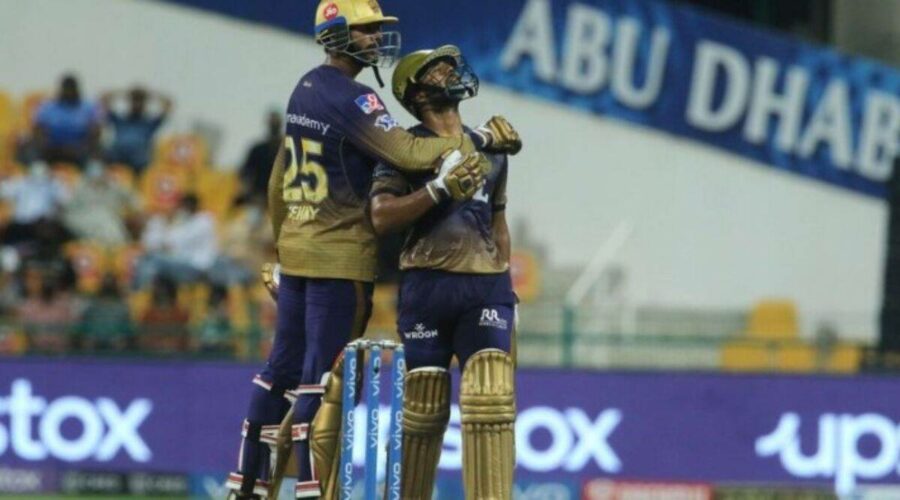 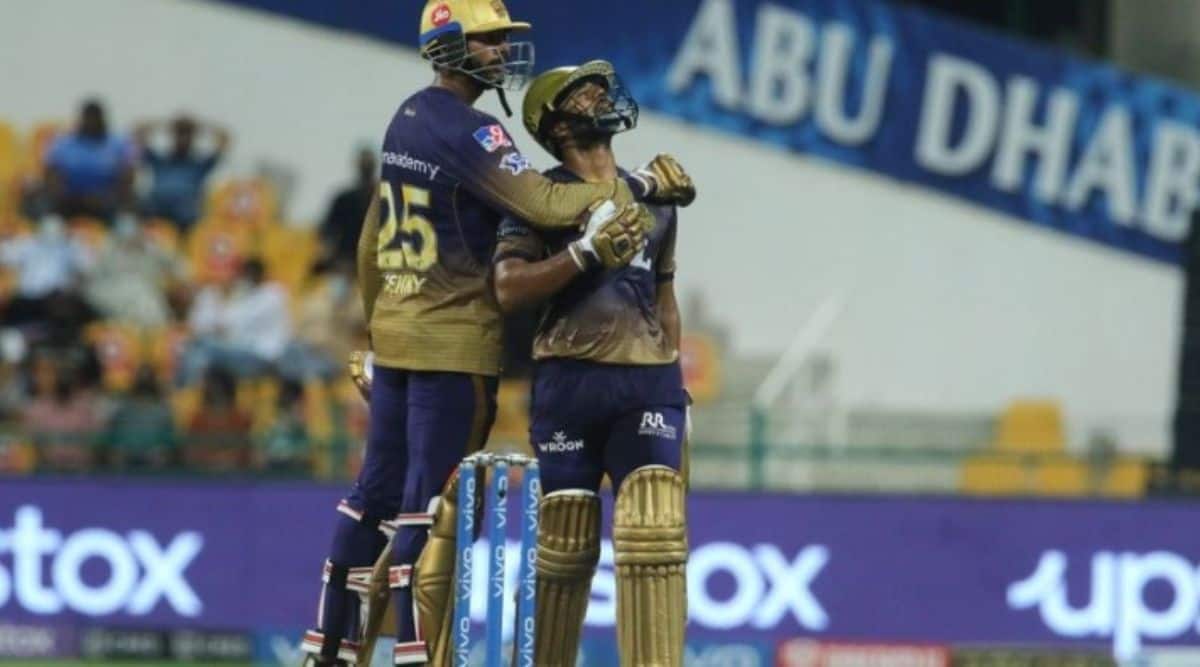 Through the unearthing of Venkatesh Iyer and the pyrotechnics of Rahul Tripathi, Kolkata Knight Riders’ upsurge continued. They came to the second phase of the IPL on just four points and playing serious catch-up. Back-to-back hammering of Royal Challengers Bangalore and Mumbai Indians have now parachuted them to the top four.

MI’s total, 155, was below par. But on a slow Zayed Cricket Stadium pitch in Abu Dhabi, they had a star-studded bowling line-up to defend it. Iyer and Tripathi, however, made the chase a walk in the park for KKR, breaking the MI hoodoo in the process. This was their first win against their bogey team in two years. More importantly, after a seven-wicket victory with 29 balls to spare, they command one of the healthiest net run-rates among all teams.

The beauty of the IPL is that it gives young players an outlet to get out of relative obscurity and come into prominence. Iyer is the latest on the list. Even four months ago, the 26-year-old was a bench-warmer. As the left-hander revealed after the last game, it was KKR head coach Brendon McCullum’s decision to include him in the playing eleven. Caught in the opening quagmire during the first phase, the team management acted in desperation. It is turning out to be a masterstroke.

His unbeaten 41 off 27 balls against RCB was impressive but without scoreboard pressure. Against MI, he faced a tougher challenge—they were chasing and he was up against arguably the most well-rounded attack in the league. He didn’t flinch. He attacked Trent Boult and Adam Milne, two seasoned international bowlers, with disdain and wasn’t afraid to use his feet against the spinners. He swung with gaiety, a six and four off Milne. He stood and walloped when Jasprit Bumrah missed his length by a few inches. He swept Rahul Chahar from outside the off-stump to deep midwicket-boundary. He shimmied down the track and hit a six off Krunal Pandya.

Iyer reached his maiden IPL half-century off 25 balls and when eventually Bumrah castled him on 53, KKR were just 28 runs away from victory.

His backstory makes his rise even sweeter. Iyer traded a career in chartered accountancy and management to play cricket on his mother’s insistence. He made his IPL debut six years after playing his first domestic T20 fixture for Madhya Pradesh. At this rate, he could be a millionaire in the open auction next year.

He is an IPL thoroughbred, but Tripathi didn’t mind being overshadowed by his junior partner despite outscoring him. In not-so-easy conditions, his 74 not out off 42 balls was superb. The pace of MI’s fast bowlers worked to Tripathi’s advantage. A case in point – when he tried to flick Bumrah and got a leading edge, the ball sailed over the third man boundary. Also, the radar didn’t work for Boult and Milne, worsening matters for their team. When playing the spinners, Tripathi was proficient at picking them off the hand. Aided by greasy surface, thanks to evening dew, their match-winning 88-run partnership off 52 balls was the game’s joie de vivre.

The pitches at this venue usually wear a greenish look with a decent covering of grass, but historically spinners have taken 40 per cent of wickets at this ground in limited-overs cricket. The reason is the slowness of the surface. Even for the fast bowlers, bounce is somewhat parabolic.

So KKR captain Eoin Morgan had no hesitation to insert MI and even less reluctance to start off with spin. He read the pitch perfectly, but his counterpart, Rohit Sharma, countered that with sheer class. Rohit’s outsmarting of Varun Chakravarthy was the best piece of cricket in the second leg IPL yet.

Against the mystery spinner, the MI skipper stayed beside the line of the ball, gave the bowler a good look at the stumps, and induced him to bowl straight. Varun took the bait and was lofted-driven over mid-off for a four.

The spinner failed to preempt Rohit’s next move. The latter decided to stay behind the line this time, outwitting the bowler. Varun yet again bowled straight, a tad leg-stumpish, ball. Rohit swept him in the cow corner for another four.

Quinton de Kock was taking on the seamers at the other end and after nine overs the defending champions were 77 for no loss. Then KKR rallied, first through a vicious Sunil Narine leg-cutter that bounced a little more to have Rohit caught at long-on. A choke followed that saw MI lose two wickets for 16 runs in four overs.

Another phase towards the back-end had MI 28/2 in four overs. The game turned on its head, in favour of KKR.