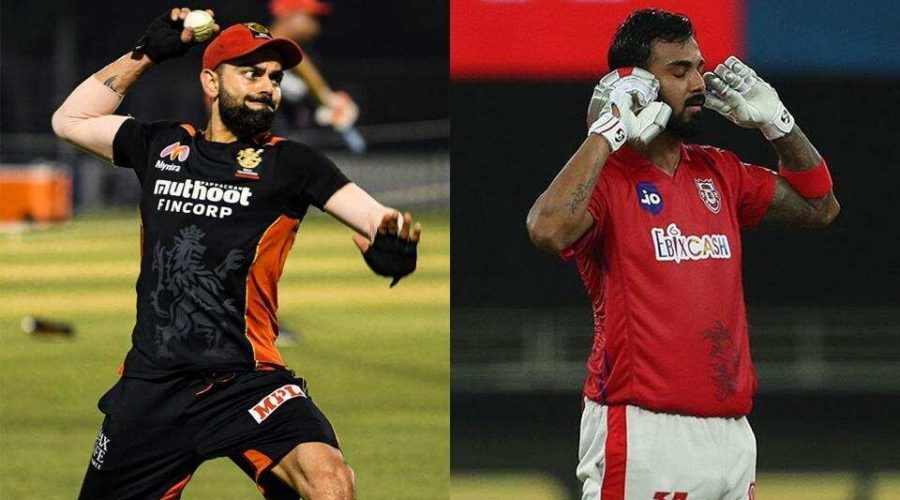 The last time Kings XI Punjab and Royal Challengers Bangalore faced each other, an unusual sight unfolded. RCB captain Virat Kohli, considered one of the best and safest fielders in the world, let two easy catches slip. Kohli dropped his counterpart KL Rahul twice in two overs – both being rather easy chances – allowing the KXIP captain to get away and score a century.

The first time Kohli dropped Rahul was in the 17th over of the innings at deep square leg with the batsman batting on 83 and then again in the 18th over when Rahul had moved to 89. The KXIP skipper went on to plunder 132 as RCB were crushed by 97 runs in their second match of the season.

However, things have changed drastically. While KXIP have won just one match ever since, RCB have only gotten better. They currently are on 10 points and placed third on the points table, while KXIP are struggling at the bottom. Which is perhaps why during an Instagram live chat, Rahul jokingly said he is hoping for KXIP to turn their luck around since they beat RCB in their previous encounter. And along the way, Rahul did not miss a chance to remind Kohli of his dropped catches from the match.

“That’s been the general chat – to win every game. It helps knowing that the only game we’ve won is against RCB so we will come in with a little bit of confidence. It’ll be fun. I’ve always had fun playing with or against RCB. So yeah, looking forward to one more cracker. I’m just hoping that some of your fielders can drop a couple more catches,” Rahul told Kohli.

In response, Kohli warned Rahul that even though he slipped up previously, he is not going to change his fielding position, warning the KXIP captain that he should think twice about hitting the ball in the air this time around.

“As last time, I’m going into the same position by the way. So you might want to think twice before hitting it in the air,” Kohli said.

10/15/2020 Sport Comments Off on IPL 2020: ‘Think twice before hitting in the air,’ Virat Kohli warns KL Rahul after being reminded of two dropped catches
TV & Movies