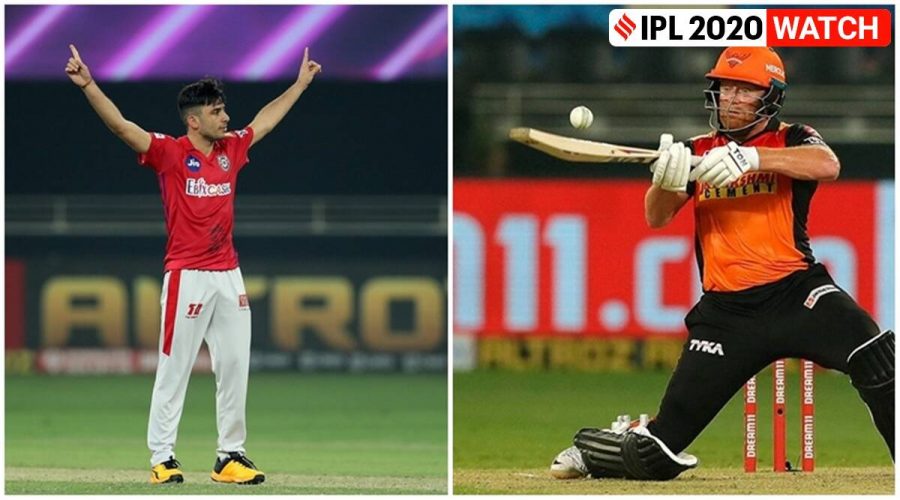 IPL 2020, SRH vs KXIP: Jonny Bairstow smashed 97 off just 55 balls. Ravi Bishnoi (3/29) removed both Bairstow and Warner in the space of three balls. 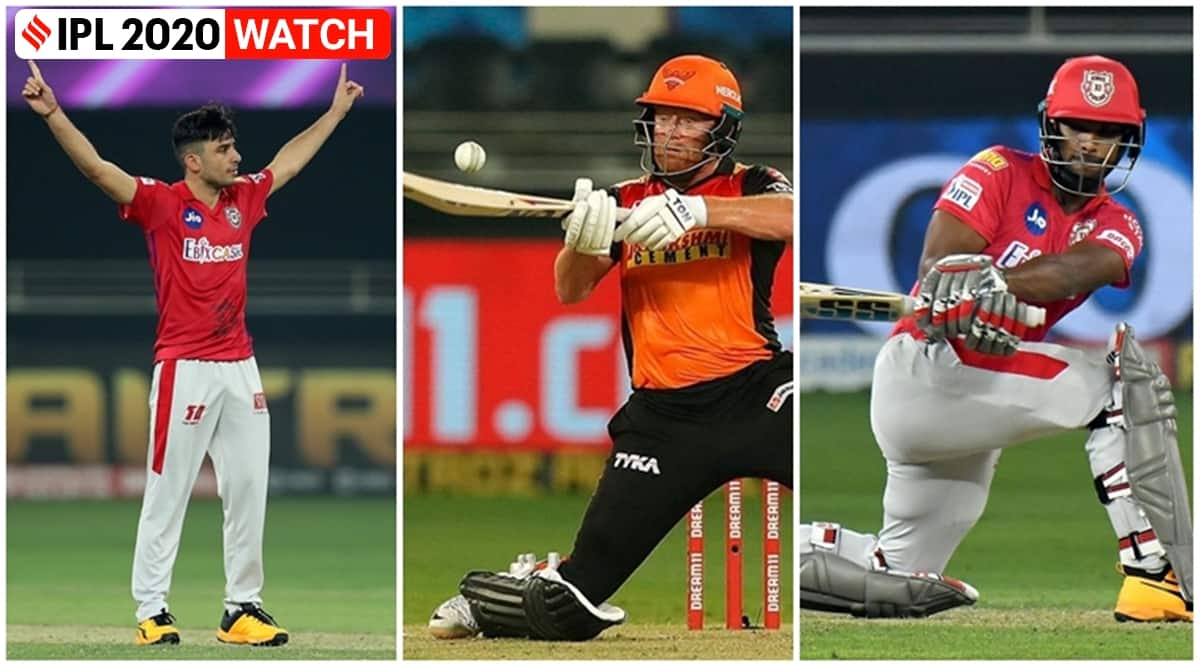 IPL 2020, SRH vs KXIP: Kings XI Punjab made a brilliant comeback in the final five overs by taking six wickets but a 160-run opening stand between Jonny Bairstow and David Warner still took Sunrisers Hyderabad to an imposing 201 for six in an IPL match here on Thursday.

Bairstow smashed 97 off just 55 balls — during which he hit seven fours and six sixes — while Warner made 52 off 40 balls as KXIP bowlers did not have a clue how to get a breakthrough till the 15th over.

Leg-spinner Ravi Bishnoi (3/29) then removed both Bairstow and Warner in the space of three balls in the 16th over before Arshdeep Singh (2/33) dismissed Manish Pandey for 1 in the next over to trigger a brilliant turnaround.

For a team which has been leaking a lot of runs in the death overs, it was a welcome change for KXIP to concede just 41 runs in the last five overs and take six wickets in the process. But the flying start provided by Bairstow and Warner ensured SRH cross the 200-run mark.

Kane Williamson remained not out on 20 off 10 balls.

Bairstow was dropped on 19 in the fifth over by KXIP skipper KL Rahul off the bowling of Mohammed Shami and he made them pay for the mistake.

He was clearly the dominant partner of the opening duo, reaching his fifty in 28 balls in the 10th over at the end of which SRH were 100 for no loss. This was his third half-century of the season in his sixth match.

Warner reached his third fifty of the tournament in the 14th over but got out in the first ball of the 16th over when he miscued a slog sweep to Glenn Maxwell at long-on off Bishnoi.

Earlier, Sunrisers Hyderabad captain David Warner won the toss and opted to bat in their IPL match against Kings XI Punjab on Thursday. SRH made one change, bringing in Khaleel Ahmed in place of Siddarth Kaul.