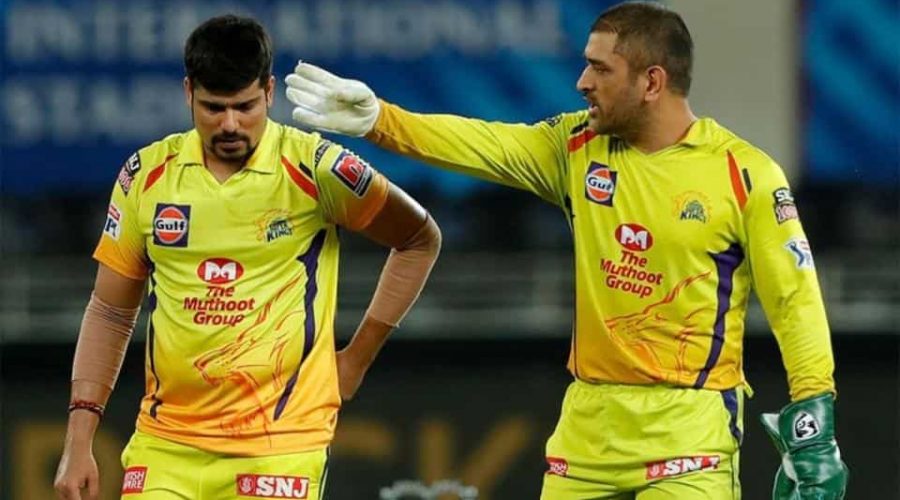 MS Dhoni is known for his cool demeanour on the field but the stakes were so high during the Chennai Super Kings – Sunrisers Hyderabad match that even Captain Cool, well… lost his cool. Following a poor 18th over bowled by Karn Sharma, the CSK captain decided to give the leg-spinner a piece of his mind.

Chasing 168 to win, SRH were 122/5 when Sharma came on to bowl his final over. With Kane Williamson set on 53, the equation was down to 46 off three overs, usually considered chaseable in IPL. In comes Sharma, who begins the over with a short ball which Williamson dispatches to the boundary.

Next ball, Sharma retaliated and got his man as Williamson is out caught at long-on. But what transpires next led to Dhoni’s disappointment. Off the next four balls, Sharma conceded two fours and a six, leaving his CSK skipper miffed. The ball after the wicket, Sharma bowled a full toss which Rashid Khan connected well, and after Shardul Thakur parried the ball over the boundary, SRH were awarded a six.

Watch the video below:

Next ball, Rashid played the reverse sweep for a boundary, and Dhoni could be heard muttering a few words to Sharma. The tip of the iceberg for Dhoni came off the final ball. Sharma bowled a half-volley outside off and Shahbaz Nadeem, facing his first ball, launched the ball over the infield and gets himself a boundary. Immediately after Nadeem connects, Dhoni could be heard screaming a big “NAHIIIIIIII” (No).

19 runs came of the over after which Dhoni called Sharma and animatedly says a few words to him. There was plenty of gesturing involved, clearly suggesting Dhoni’s frustrations with Sharma. Thakur bowled a tidy next over – the penultimate of the innings – giving away just five before Dwayne Bravo finished things up conceding just a single, helping CSK win the match by 20 runs.