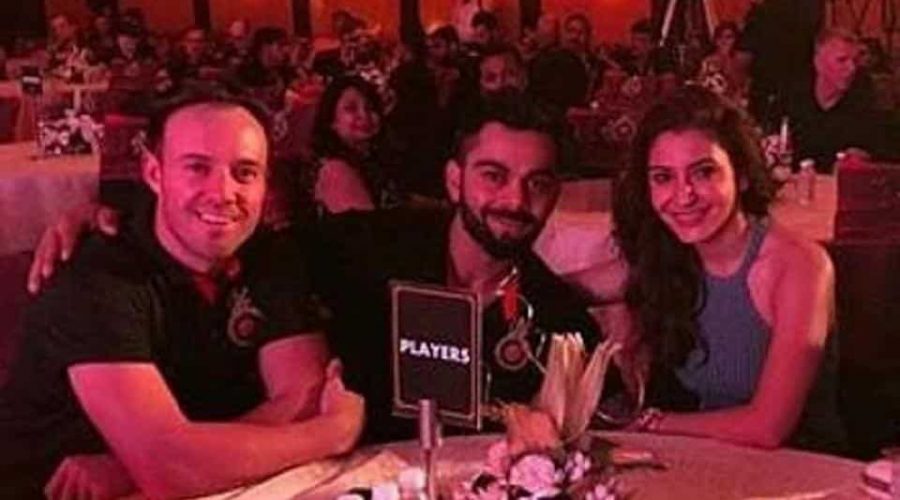 AB de Villiers is superhuman in every sense. Six-hitting, 360 degree batting, ability to win matches from nowhere, score at a strike rate of 200, take stunning catches in then outfield, keep wickets for the balance of the side – he can do anything and everything on the cricket field and away from it, he is not a bad photographer by any means.

After snatching victory from the jaws of defeat against Rajasthan Royals, de Villiers spent time with Virat Kohli and Anushka Sharma and also clicked their photos.

“pic credit – @ABdeVilliers17,” tweeted Kohli with the photo of him and Anushka swimming.

De Villiers is considered to be very close to both Kohli and Anushka. The Bollywood actress was spotted with a broad smile after de Villiers finished off the match against Rajasthan Royals with a huge six off Jofra Archer.

The former Proteas captain smashed an unbeaten 55 runs in 22 balls as RCB beat RR by 7 wickets.

“AB is always been someone who’s been ready to look at the situation and adapt his game accordingly. In my eyes he’s the most impactful player in the IPL,” Kohli said at the post-match presentation ceremony.

“If he goes, the opposition know they have a slim chance and there’s a good reason for that. It’s purely because of the presence of someone like him that teams feel we are never out of the team,” he added.