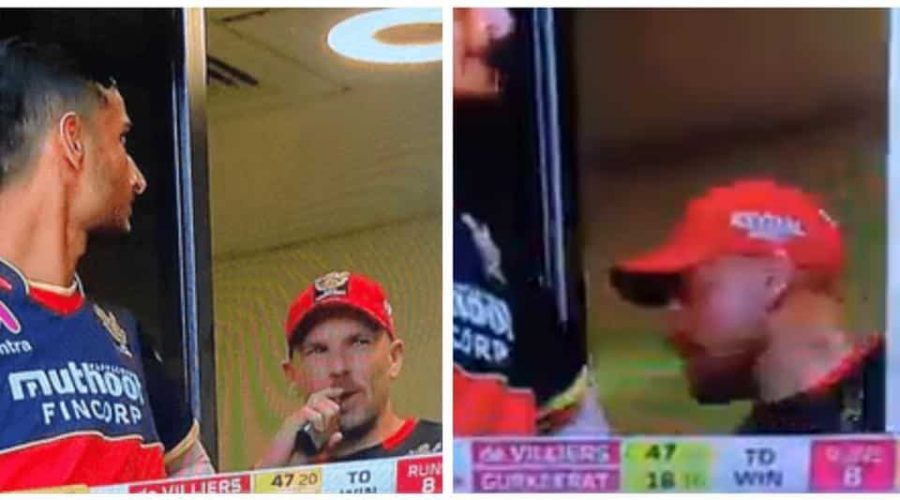 Nothing can beat the haw-eyes of internet users, ask Aaron Finch and he will explain it better. Perhaps the tension got the better of Finch and the Royal Challengers Bangalore opener decided to shrug it off in his own style. Finch was caught on camera vaping inside the dressing room during the last over of RCB’s chase against Rajasthan Royals.

The small vide of Finch vaping flooded Twitter as much as de Villiers’ amazing heist in the last two overs of the RCB chase.

After de Villiers had three sixes in the penultimate over bowled by Jaydev Unadkat, the match went into the last over with RCB needing 10 runs off 6 balls. Jofra Archer was handed over the responsibility by Steve Smith. The England seamer started the over well and that’s when the camera was panned for a few seconds towards the RCB dressing room.

Finch was seen exhaling smoke and taking another puff before the camera returned to live-action. It was enough for the Twitteratis to shoot a small video and post it online.

Finch is not the first cricketer who was caught vaping during a cricket match. Former New Zealand captain Brendon McCullum had admitted he smoked in the toilet during the semi-final against South Africa.

Ben Stokes too had admitted to smoking in Lord’s washroom during the World Cup 2019 final against New Zealand.

RCB needed 35 runs from the last two overs and De Villiers whacked three sixes on the trot at the start of the penultimate over. Jaydev Unadkat conceded 25 runs in the 19th over and RCB were left with 10 runs more required from the last six balls.

“Yeah he (de Villiers) is a freak isn’t he and that’s why he is the greatest of all time. I think what we saw today was another master class,” said RCB coach Simon Katich in the post-match press conference.