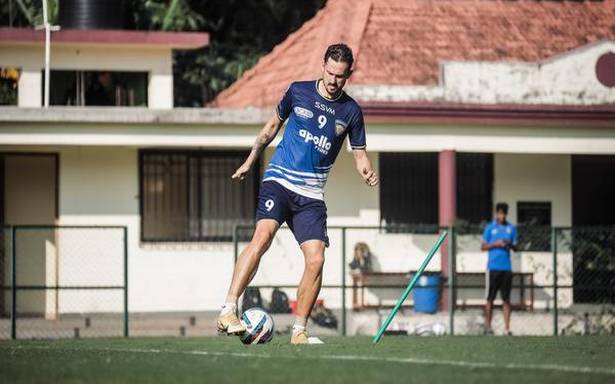 Chennaiyin FC received a huge boost ahead of its last match against Jamshedpur FC when it managed to lure back striker Nerijus Valskis from its opponent during the January transfer window.

Valskis had a successful stint with Chennaiyin in the 2019-20 season when he scored 15 goals and won the golden boot award to help the side finish as runner-up.

However, for the 2020-21 season, he moved to Jamshedpur FC along with the then CFC manager Owen Coyle and did well scoring eight goals.

This year, however, he has played only six matches for JFC with just two goals to show for before he decided to return to CFC.

Commenting on the transfer, Valskis said, “I am excited and happy. The people around the club — players, the management staff have given me a warm welcome.

“I feel very comfortable and ready to go and make something special this season.”

Valskis also revealed he was not comfortable at JFC, “They knew I was not happy with the performance and style of the team, but still kept me in the summer. In the end, we managed to find a solution in January and I am happy to be back with Chennaiyin.”

After nine matches, the two-time champion is fifth on the points table with 14 points and has struggled to score goals and a lot rests on the Lithuanian striker to provide the attacking firepower.

Sharing his assessment of CFC’s season so far, Valskis said, “They are compact in defence. I think what I can help in this style is to be more clinical in attack in the final third and be more patient to find the best solution in the last pass.”

He added, “The team is playing well and creating chances. When you don’t create chances is when there are problems.

“We have a good group of players and I believe we can do something special. We just have to be patient.”