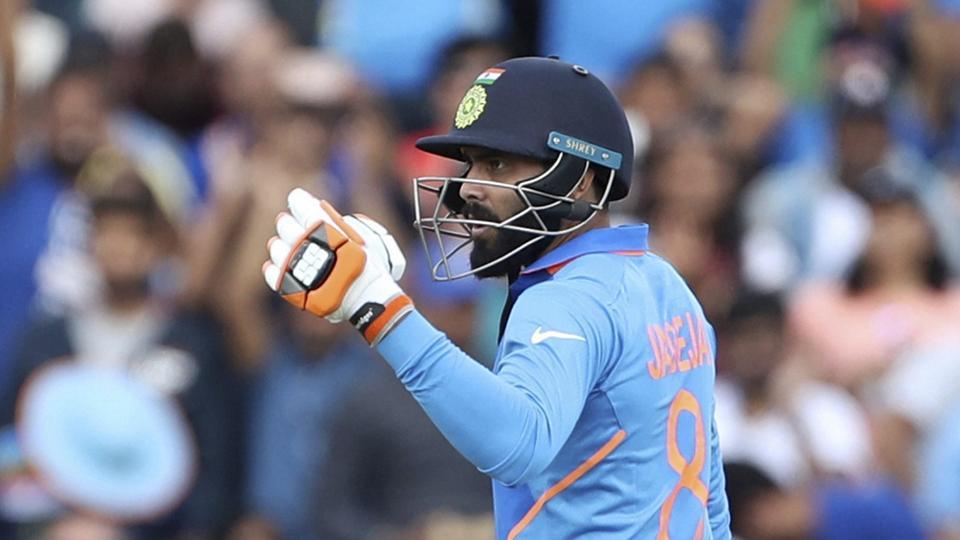 The defining moment of India’s first warm-up match, their toe-dip into this long World Cup summer in England, occurred half an hour before their batting innings had even started. Under a severely overcast sky and with a further threat of rain—treacherous conditions, in short—captain Virat Kohli won the toss and promptly chose to bat at the Oval. Say what you will of other facets of his leadership style, but courage, Kohli most certainly does not lack.

Determined to use a warm-up game as just that, a match to fine-tune the goods and iron out the bads, Kohli had thrown down the gauntlet not so much to New Zealand as he had to his batsmen, the weaker half of this Indian team, and the challenge got the better of them. All of them—the openers, the top middle-order and even the possible replacements to the top middle-order. Before the death overs could even begin, India had perished, bowled out for 179. (News, Schedule, Squads: Full Coverage of ICC World Cup 2019)

They would have been cleaned up for a whole lot less and a whole lot earlier than the 40th over had a carefree Ravindra Jadeja not swung his bat this way and that, alone hauling India out of the trenches (81 for 6 when he walked in, and soon 115 for 8) with 54 sparkling runs. He has staked his claim to a spot in the playing eleven as an all-rounder, if not as a specialist spinner. But to be fair to the proper batsmen, the worst of the weather and the hour of the fast bowlers had both passed by the time Jadeja turned up the heat on New Zealand’s spinners.

Still, it wasn’t nearly enough. New Zealand chased it down without too much stress, after captain Kane Williamson and Ross Taylor got in shape for the tournament ahead with comfortable fifties. But wins and losses really don’t matter in tune-up games, and hence the story of the day was Kohli putting his specialist batsmen to the sword and all of them invariably falling on it.

Back to what really mattered, then. Before the river of India fans could flood the stands, both Rohit Sharma and Shikhar Dhawan had returned to the pavilion. There is a dire perception about their collective ability to play the moving ball, a perception that has seen them yo-yo in and out of the tougher format of Test cricket, and they will have to wait another day to disprove it.

The first ball Rohit faced from Trent Boult, it nipped away from him and he missed his play. The second ball he missed as well, but this time the ball darted in and Rohit was out, trapped leg before. Two overs later, Boult had dismissed Dhawan for 2 runs as well; he had poked at a ball without moving his feet and ended up inside-edging a catch to the ‘keeper.

In walked KL Rahul at No 4, for whom this warm-up game was akin to an entrance test. When India’s World Cup squad was announced, chief selector MSK Prasad had stated that Rahul was picked purely as a back-up opener and that he wouldn’t be considered as a possible middle-order option. But Vijay Shankar, the anointed No 4, was ruled out with an injury the day before and here Rahul was, ostensibly one good knock away from changing the management’s mind. They would’ve oohed when he drove a difficult Boult delivery, on the rise and through square, to the boundary. But a moment later, Rahul chopped another attempted drive on to his stumps. And that was that.

All-rounder Hardik Pandya, promoted above Dhoni to No 5, sizzled fleetingly in the venue of his finest ODI knock yet (the final of the Champions Trophy in 2017). He cut and pulled and drove beautifully through the covers to get to 30, the best innings before Jadeja’s by a fair distance. But this promising essay, just like the not-so-promising ones, was shortlived.

Which brings us to Dinesh Karthik, another candidate for a possible middle-order role as this summer progresses. His alarming three-ball innings summed up India’s batting day. He flicked the first ball he faced, off Jimmy Neesham, for four past square-leg. He tried to steer the next delivery leg side as well, but the ball cut away from him and so Karthik swished air. Third ball, he flicked successfully but uppishly, and the ball sailed down the throat of the fine-leg fielder. Even Neesham couldn’t stifle a laugh.

This is when Jadeja walked in, with India’s scorecard in tatters. Although it won’t reflect on his stats page, Jadeja’s fifty in the warm-up was his first for India in 50-over cricket in nearly five years. He ducked under the short balls and generally played the fast bowlers with soft, guiding hands, and when the spinners came on, he flat-batted them towards his favoured arc, between long-on and deep midwicket. It was smart batting and on Saturday, he was India’s only solace.