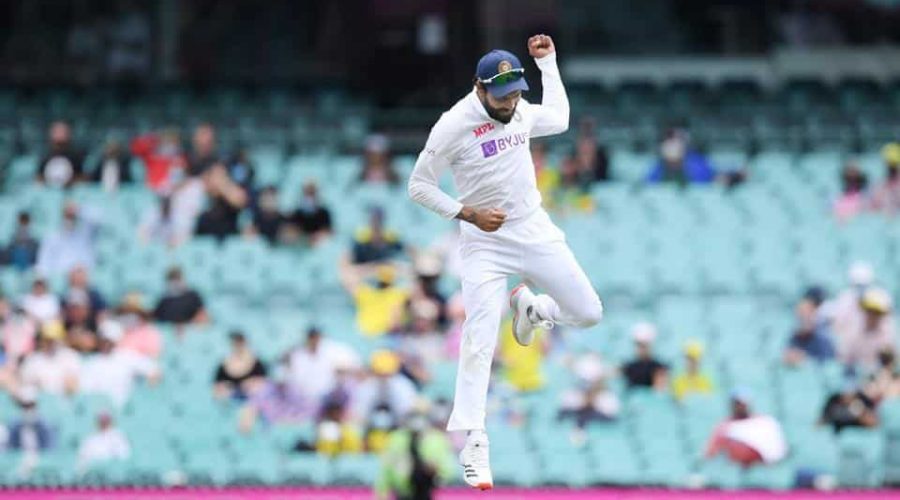 Friday was a near perfect day on the field for India allrounder Ravindra Jadeja at Sydney Cricket Ground. Coming down to bowl on Day 2 of the third Test against Australia, the visitors were in a spot of bother, especially with Australia posting 166/2 at stumps on Day 1. Steve Smith and Marnus Labuschagne had stitched a good partnership and Aussies were expected to post a mammoth total in the first innings.

But Jadeja changed the script on Friday. The left-arm spinner first got the big wicket of Labuschagne for 91 and then went on to dismiss Matthew Wade, Pat Cummins and Nathan Lyon to register bowling figures of 4/62.

Australia were 9 wickets down for 315, but there was still one man left who was going strong and could have easily taken their total past 400. Smith went on to register his 27th Test hundred, and continued to bat on despite wickets tumbling on the other end.

It took a sensational direct hit from Jadeja from the square-leg position towards the non-striker’s end to get rid of Smith for 131. Australia were bundled out for 338 and Jadeja was the star of the show for India.

Speaking after the day’s play, Jadeja admitted that he would love to watch the clip of the run out again, and described it as his best effort.

“I will rewind and play this run-out as this is my best effort. A direct hit from outside the 30-yard circle and that’s like a moment that gives you that satisfaction,” Jadeja said at the virtual media interaction.

“Three or four wicket hauls are fine but this run-out will stay with me,” he further added.

Meanwhile, India relied on Shubman Gill’s half century to take their total to 98/2 at the end of Day 2. Gill was dismissed for 50 by seamer Pat Cummins.

01/08/2021 Sport Comments Off on India vs Australia: ‘Will rewind and watch it again,’ Ravindra Jadeja hails Steve Smith’s run out as his ‘best effort’
TV & Movies