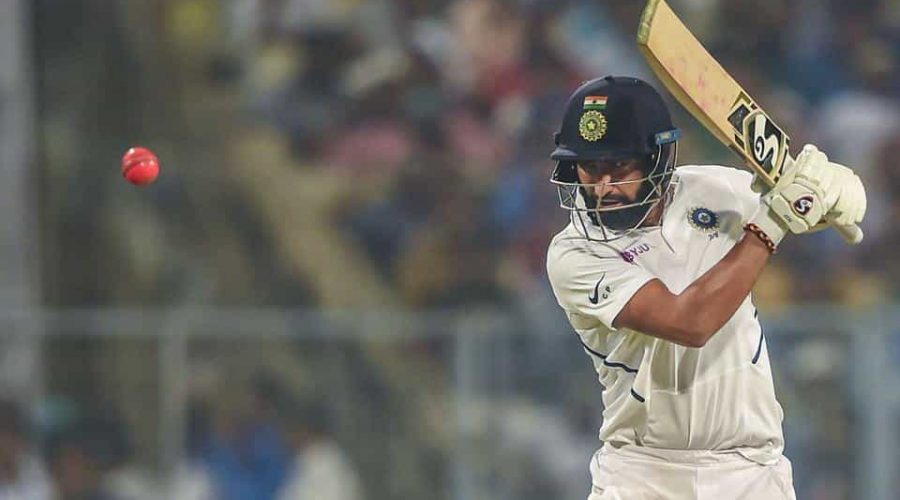 India have already reached Australia and are training hard at the nets ahead of the first ODI which takes place on November 27th in Adelaide. Cheteshwar Pujara is not part of the limited-overs squad, but he will be a key player in the upcoming Test series. Pujara already has his eyes set on the challenge of facing Australia in the pink-ball Test in Adelaide.

The opening Test in Adelaide will be a Day-Night game and batting against the pink kookaburra during the twilight session will not be an easy task, Pujara told news agency PTI.

India have so far only played one day-night Test against Bangladesh last year at Eden Gardens in Kolkata. The Virat Kohli-led side had won the match by an innings and 46 runs. But Pujara knows things will be different in Australia.

The 32-year-old further added that the Indian team will have to collectively prepare to face the challenge, which can only happen if the team understands and accepts how things will be different with the pink kookaburra under lights.

“As a team and as individuals, one has to understand and accept and get used to it (pink ball and lights) as early possible. There will be a bit of difference with pink ball,” he added.

“The twilight period is more challenging than other periods but as you play more and practice more, you get used to it. It does take a little while,” Pujara signed off.

Meanwhile, Australia’s cricket series against India has been cast into uncertainty again after a coronavirus outbreak in Adelaide, where the first test is scheduled to be played next month.

Players from Western Australia and Tasmania states who recently returned home from domestic games in Adelaide were ordered into home isolation on Monday when their provincial governments closed borders to South Australia.

11/17/2020 Sport Comments Off on India vs Australia: Playing with pink kookaburra in Australia will be different than facing Bangladesh at home, says Cheteshwar Pujara
India