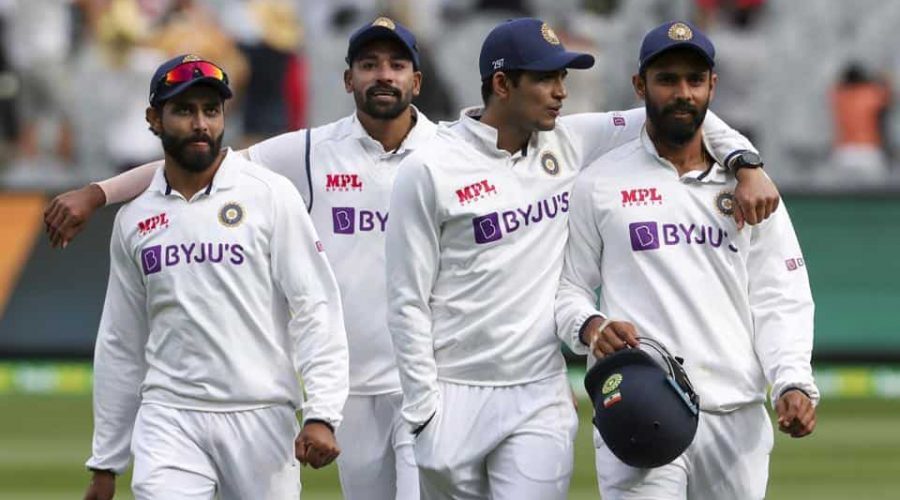 India vs Australia live score 2nd Test Day 4: Jasprit Bumrah, Ravichandran Ashwin, Mohammed Siraj, and Ravindra Jadeja will look to wrap up the final 4 Australian wickets quickly and give the batsmen an easy target to make it 1-1 in Day 4 of IND vs AUS 2nd Test in Melbourne. Even after an injury to Umesh Yadav, who got the first breakthrough of Joe Burns before getting injured, India led by Ashwin and Bumrah rattle Australia in 2nd innings picking 6 of their wickets under a 100. It looked like India might register an innings win but Cameron Green and Pat Cummins took Australia to safety at the end of Day 3. With a lead of only 2 runs, Australia’s tail will have a mountain to climb today as India look the firm favourites to win the Boxing Day Test match.

Wrapping up the tail has been one of India’s biggest issues in overseas conditions. Last night, Cameron Green and Pat Cummins put up an unbroken 34-run stand to take a slender 2-run lead. India would hope they can dislodge the partnership early on Day 4 and bowl Australia out quickly.

“It looks a very good wicket, still some grass in there but it will be good for batting,” says Glenn McGrath. “Doesn’t look the cracks will playa big part. Even yesterday there was just one ball which probably behaved out of the ordinary,” says Ajit Agarkar on the Melbourne pitch for Day 4.

Is that the best Bumrah and Ashwin have bowled in tandem? Perhaps yes. India’s two best bowlers stepped up when it mattered the most. With Umesh Yadav down, Ashwin got rid off Marnus Labuschagne, and then Bumrah gave the body blow to Australia by dismissing Steve Smith.

Mohammed Siraj upped his game several notches after India stand-in captain Ajinkya Rahane trusted him to step up in the absence of the injured Umesh Yadav. Siraj did not get a bag full of wickets but he looked like getting one every over. The debutant picked up the important wicket of Travis Head in the final session of Day 3.

After Ashwin outfoxed him twice in the series, it was the turn of India’s pace spearhead Jasprit Bumrah to knock Steve Smith over for his fourth consecutive single digit score in Test cricket. Bumrah got one to nip back in, it hit Smith’s pad and then went on to clip the top of leg stump as Smith was bowled round his legs for 8. The wicket turned out to be an important one for India in the final session.

It is unlikely that Umesh Yadav will play any further part in this Test match. He was taken for scans after he hobbled off the field with a calf injury and as per the latest update is that the pacer is also doubtful for the next Test match in Sydney.

India resumed the day with a lead of 82 and five wickets in hand but Ajinkya Rahane’s run out (112) triggered another collapse as they were bowled out for 326, leading Australia by 131 runs. Ravindra Jadeja scored 57. In reply, Umesh Yadav sent back Joe Burns with a beauty before hobbling off with an injured calf. Jasprit Bumrah, Ravichandran, Mohammed Siraj got a wicket apiece before Jadeja got rid of Matthew Wade, and Tim Paine in the final session to reduce Australia to 99 for six. Cameron Green and Pat Cummins put their head down and ensured India have to bat again by taking Australia to 133 for six at stumps. They lead India by 2 runs.

Raise your hands if you expect this Test match to end in the first session? It won’t be a surprise if a lot of Indian fans raise theirs. Hello and welcome to the live coverage of India vs Australia 2nd Test Day 4. For a large part of the final session, we thought we might not even need to come out today but a late stubborn stand ensured you and I had to wake up early. Follow IND vs AUS 2nd Test Day 4 live