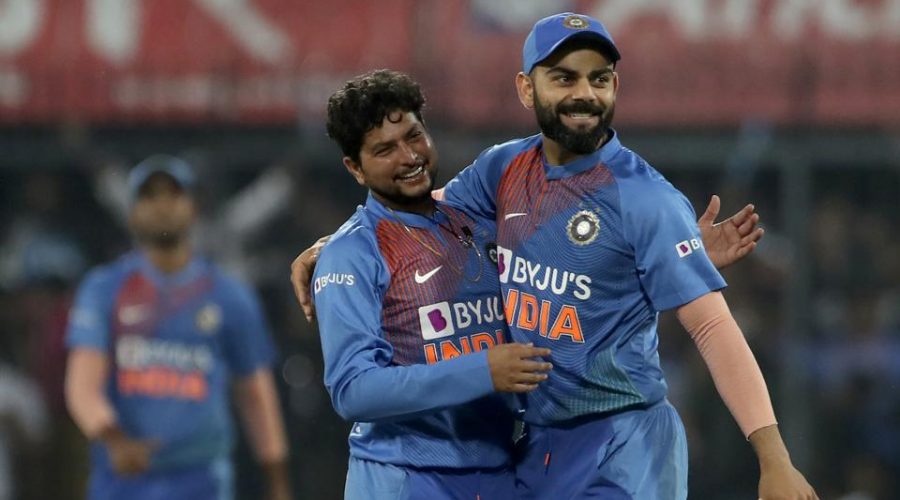 India bounced back from the demoralising 10-wicket defeat to Australia in the first One Day International (ODI) by putting in a clinical performance in Rajkot. Team India levelled the three-match series 1-1 after beating Australia by 36 runs in the second ODI. India posted a huge total of 340 runs while batting first with brilliant innings from Shikhar Dhawan (96), Virat Kohli (78) and KL Rahul (80). The Indian bowlers then restricted the Australian batsmen to just 304 runs as India pulled the series level.

He is the third fastest Indian bowler overall to get to the mark with Jasprit Bumrah (57) and Mohammed Shami (56) ahead of him.

Kuldeep took the wicket of Australian wicketkeeper Alex Carey during the second ODI between India and Australia in Rajkot to reach the milestone. He then took the big wicket of Steve Smith, who was on 98, two balls later.

Afghanistan’s Rashid Khan tops the list having taken just 44 matches to reach the 100-wicket mark in ODI cricket while Australia’s Mitchell Starc got there in 52 matches to be second. Pakistan spin legend Saqlain Mushtaq got to the mark in 53 matches and is the third fastest.