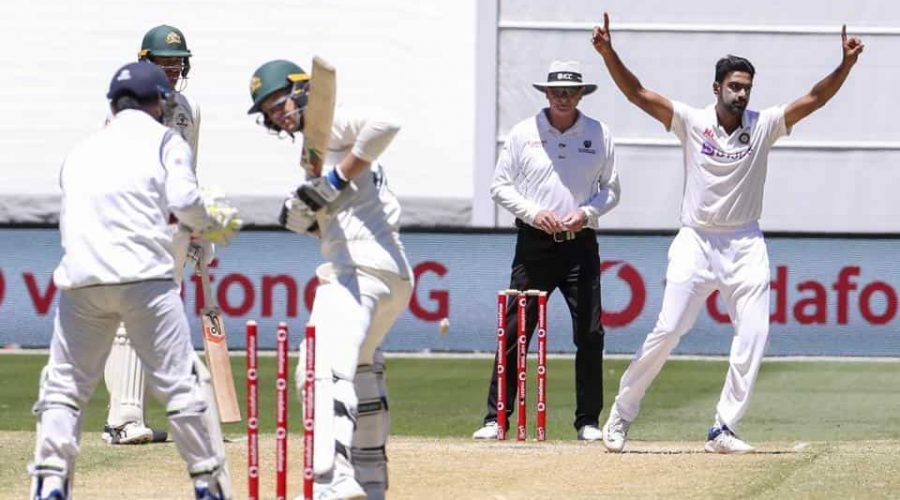 Former Australia fast bowler Glenn McGrath said that the Australia batsmen were a little bit negative in their approach in the 2nd Test against India at MCG. India, led by Ajinkya Rahane bundled out the hosts for 195 in the first innings, and then took a 131-run lead. Australia posted 200 runs in the 2nd innings, setting a target of 70 for the visitors to chase.

India chased down the target easily with 8 wickets in hand to level the series at 1-1. McGrath said that the Australia batsmen were batting for survival and that’s where ‘Australia let themselves down’.

“I was a little bit disappointed with our batsmen. They were little negative, didn’t show intent, weren’t proactive and they just sat back, and it was more about survival rather than looking to score runs and put the onus back on the bowlers,” McGrath said on Unplayable Podcast.

“That’s where Australia let themselves down a bit. They also dropped a few catches. David Warner coming back in the side should give a little bit of lift as well. But i would like the batsman to go out and bat without fear and just back themselves and go out and see what they can do.” McGrath added.

“You have to give credit to India, the way they batted (in Melbourne), the changes they made had a big impact, Rahane really stepped up with getting the opportunity to captain. I think they showed how to handle conditions and bat against quality bowling attack.” McGrath further said.

The two teams will play the third Test in Sydney starting from Thursday.

01/06/2021 Sport Comments Off on India vs Australia: ‘It became more about survival,’ Glenn McGrath reveals where ‘Australia let themselves down’ at MCG
TV & Movies