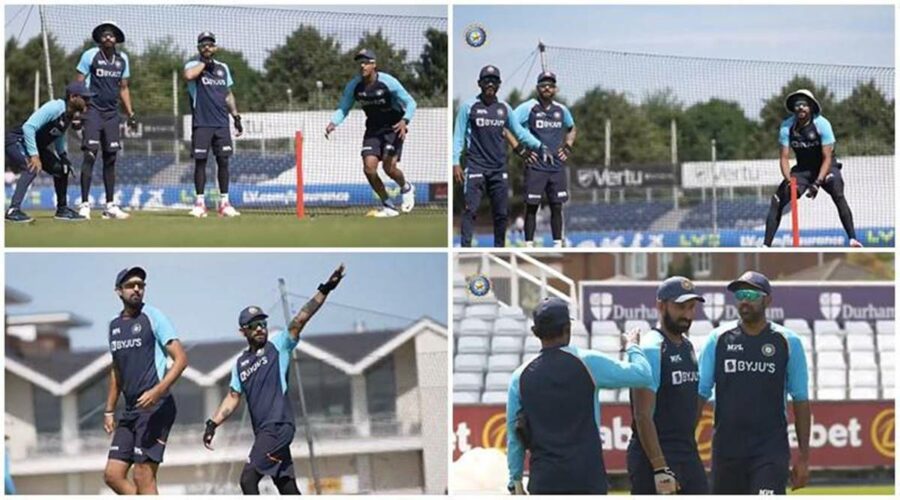 India tour of England 2021: Here is how the Indian cricket team is gearing up before the three-day warm-up game. The Indian cricket team will play a three-day warm-up game against County XI at Emirates Riverside starting on Tuesday before the Test series against England begins with the first game on August 4. Ahead of the much-needed practice game, the Indian team shifted their focus to fielding drills under the watchful eyes of fielding coach R Sridhar.

“Today’s session kicked off with team drills and team competitions. It will activate the team. We began with the catching, direct hits, and throwing accurately to the bowler’s end which got them going. Direct hits are very important even though it is Test cricket,” explained Sridhar in a video shared by the BCCI.

“Then we moved on to a game, under-arm throwing — a very underestimated part of cricket. It included speed and agility and changing of direction for the boys,” he added.

“We had two teams with one comprising Virat, Rohit, and others. The other team was taken over by Ashwin and Pujara,” he said.

“Eventually, Virat’s team took the competition with a 10-8 lead. However, Puji and Ashwin were convinced they won,” he said in jest.

Earlier, Kohli, Pujara, and KL Rahul also hit the nets, as they tried to tackle the moving ball.

Bowling coach Bharath Arun, reserve wicketkeeper Wriddhiman Saha and India’s standby opener Abhimanyu Easwaran are the three members of the Indian contingent in UK who have been isolated.

All three have tested negative for the virus, but have to follow the UK Government’s Health Safety Protocol and stay in isolation.