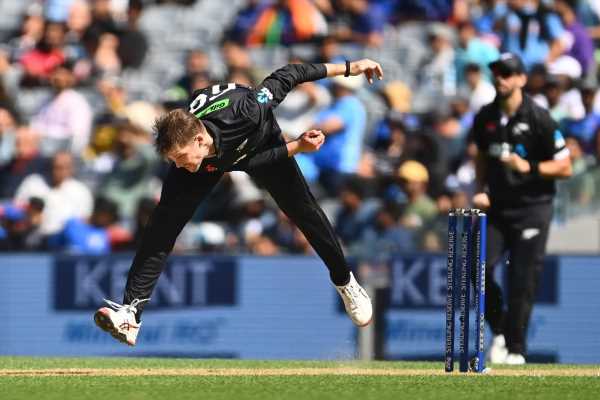 New Zealand go into the India ODIs after a memorable 2-1 series win in Pakistan.

Experienced pacers Tim Southee and Trent Boult’s absence leaves a “massive hole” in the New Zealand squad, but also provides a chance to fringe players to step up during the India tour, says stand-in-captain Tom Latham.

While Southee has gone back home after a successful tour of Pakistan, Boult is playing the ILT20 in the UAE, having opted out of a New Zealand central contract.

In the batting department, the Kiwis will miss the services of regular skipper Kane Williamson.

“They (Boult, Southee, Williamson) are not in the side and that leaves a massive hole for us. On the other hand, it presents an opportunity for other guys who have been around the squad. Everyone has played international cricket in the squad which is a bonus,” added Latham during the pre-match press conference.

“It is their turn to step up. Lucky we have Lockie Ferguson, who has played a lot of cricket in India.”

Ferguson will lead the pace attack in the company of Blair Tickner, Doug Bracewell and Henry Shipley.

The southpaw also informed that senior spinner Ish Sodhi has been ruled out of the first ODI due to a niggle.

Sodhi did turn up in the nets on Tuesday but did not bowl with the usual intensity.

A fine player of spin, Latham led from the front by spending maximum time in the nets.

“Unfortunately, a niggle for Ish. He won’t be available tomorrow but fingers crossed he will be available for the next couple of games,” said Latham.

New Zealand go into the India ODIs after a memorable 2-1 series win in Pakistan.

With the ODI World Cup scheduled in India in October-November, Latham said the series gains a lot of significance.

“The cricket that we played in Pakistan was really good. Some of them had not toured Pakistan ever and to come up with a series win was really nice. Over here, we will try and adapt to the conditions as much as we can.

“Surfaces in India will potentially be a bit better than what we had in Pakistan. Every time we play India it is a competitive series,” he said.

Latham said they have done their homework against the Indian bowlers, including the spin duo of Yuzvendra Chahal and Kuldeep Yadav. Playing in Pakistan also served their batters well ahead of the India tour.

“We are lucky we play these guys (Indians) a lot here or back home. We have been talking to the guys who have played in India whether in the IPL or international games, in terms of trying to read different deliveries. Spin always plays a big part in India.”

Virat Kohli is back to scoring hundreds at will, but Latham said the team has made its plans for the star India batter.

“Virat has been playing some great cricket. Looks like he is hitting the ball well. We need to plan as best as we can like we do our scouting on all those guys. We will try to make it as tough as possible for him (to score runs),” he added.