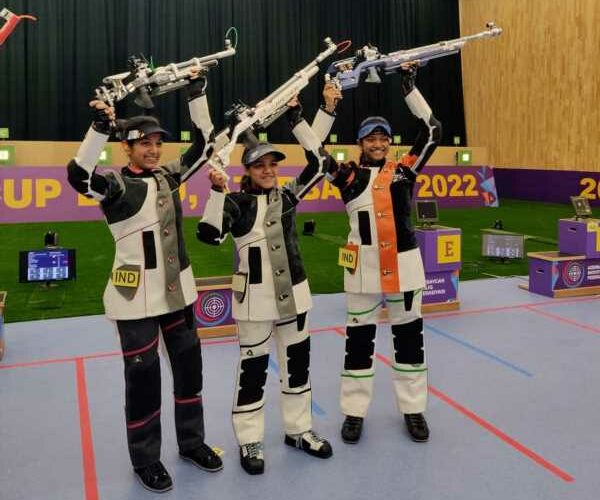 The Indian Olympic Association (IOA) has asked the Commonwealth Games Federation (CGF) to include shooting and wrestling in the 2026 edition of the Games in the Australian state of Victoria.

India had threatened to boycott the Birmingham Games in England, which begins on Thursday, after shooting was dropped from the programme and had to be talked out of that decision.

Shooting supplied 16 of India’s 66 medals at the 2018 Gold Coast Games, where they also topped the medals tally in wrestling.

Neither sport features among the initial 16 announced for the Victoria Games and IOA acting chief Anil Khanna and treasurer Anandeshwar Panday met CGF chief Louise Martin in Birmingham on Tuesday demanding both be included in the expanded list of disciplines.

“On behalf of the IOA, Mr Khanna and Mr Panday requested the CGF President that wrestling and shooting be included in the final sports programme,” the IOA said in a statement after Tuesday’s meeting.

The IOA was ready to make a presentation to the 2026 organisers to explain to them how including those two disciplines could “increase the stature of the event”, it said.

The IOA has also asked the Indian shooting and wrestling federations to engage with their respective international governing bodies to lobby for their inclusions in the 2026 Games.