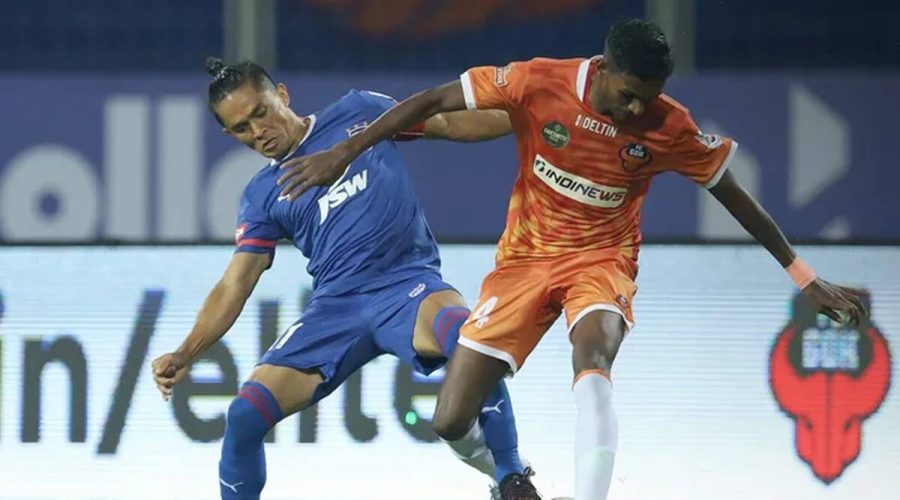 Igor Angulo's three-minute brace helped FC Goa snatch a point from Bengaluru FC as it ended 2-2 at the Fatorda Stadium in Goa. 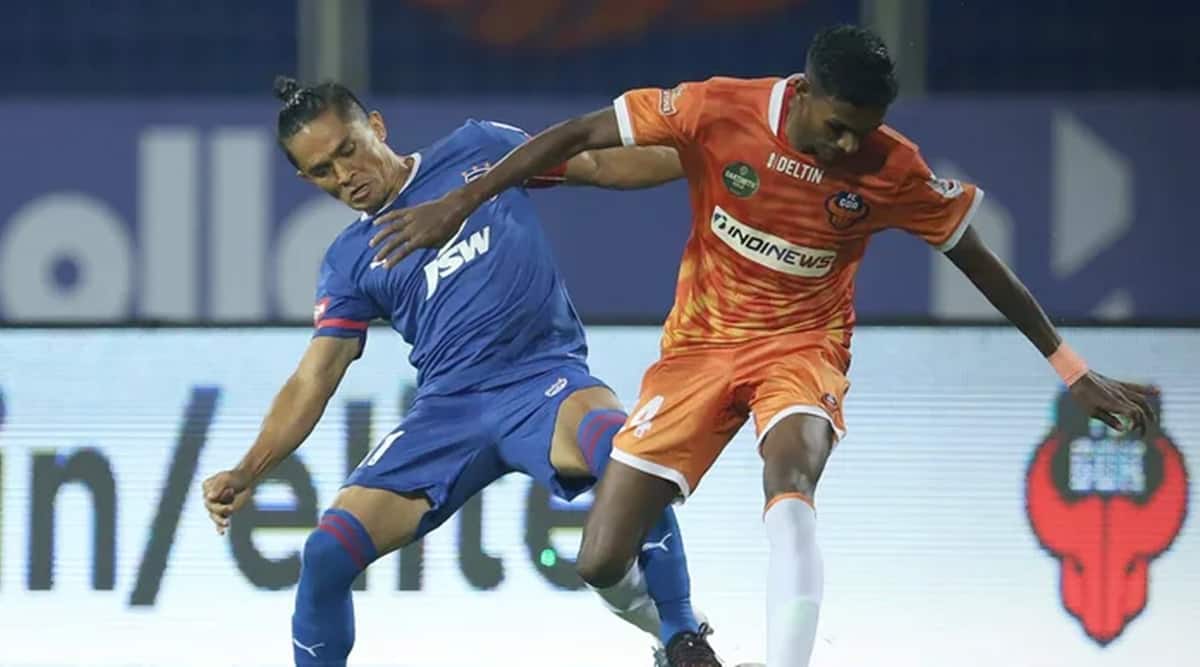 For Bengaluru, Cleiton Silva (27′) and Juanan Gonzalez (57′) scored and till the hour mark, Sunil Chhetri’s men looked on course for an easy win.

Goa dominated possession early on, with Bengaluru happy to sit back and maintain their defensive shape. However, both teams failed to create clear-cut opportunities in the opening quarter.

Bengaluru registered their first shot on goal in the 11th minute when Ashique Kuruniyan cut inside from the left, beating three men, before switching onto his weaker right foot.

However, his tame attempt was comfortably collected by Goa custodian Mohammad Nawaz.

Three minutes before the half-hour mark, the visitors got their lead in unusual fashion, a throw-in creating confusion in the Goa box.

Harmanjot Khabra’s throw from the left was flicked on towards the face of goal after Jorge Ortiz Mendoza’s clearance. Silva was the first to react and headed home to hand Bengaluru the lead.

It wasn’t until the 45th minute that Goa got their first shot on goal. Seriton Fernandes’ cross found Angulo, whose deft flick went straight to Bengaluru keeper Gurpreet Singh Sandhu.

The visitors made one change after the change of ends, with Deshorn Brown replacing Kristian Opseth.

Bengaluru soon doubled their lead and it came through a set-piece again, with Juanan getting on the scoresheet – the club’s 100th goal in ISL history.

Goa’s defence was caught napping as a free-kick by Kuruniyan was nodded on by Brown towards Erik Paartalu.

The Australian headed the ball onto Gonzalez’s path. The Spaniard made no mistake from close range and scored on the volley.

Goa made two attacking substitutions around the hour mark, bringing on Brandon Fernandes and Alberto Noguera, and soon found their way back in to the contest with two goals from Angulo in the space of three minutes.

The striker then chested a ball into the net for the equaliser (69th )after substitute Alexander Jesuraj played a square pass from the right.

Mendoza had a chance to score the winner for Goa in injury time. However, his shot was kept away by Sandhu.