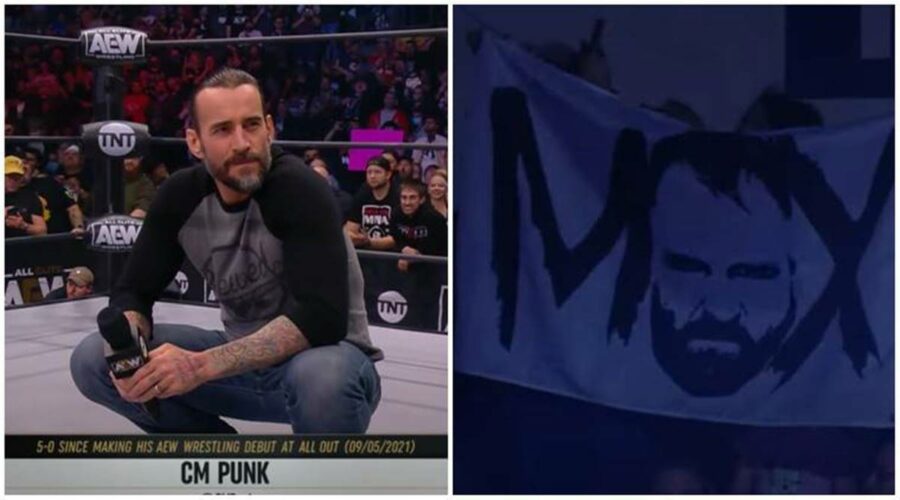 CM Punk was back in the AEW ring a day before on Dynamite and sent a heartfelt message to Jon Moxley after the latter enrolled himself in an inpatient alcohol treatment program.

“I’ll spend all my time out here listening to you chant for him right now because it’s important,” Punk said. “It’s important to me. I have some history with Jon Moxley. We aren’t super tight, we aren’t the best of friends, but, you know, I was traveling here in a car. I got Larry riding shotgun, and I get a phone call and I get this situation explained to me.”

“I know what it’s like to go, and go, and go, and have to be so tough, and better than everyone else. And wrap up injuries, be sick and show up to work, and all these things that get compounded and help other people be super generous. And eventually, you get to a point where you have to take yourself off the hamster wheel, and I’ve been criticized for it. I don’t want anyone to criticize Jon Moxley because I am so goddamn proud of him,” wrestlinginc quoted him as saying on the segment.

“And I’ll say one last word about it — if anybody here or anybody at home watching television if you’re in a place where you think you need help, get it. Ask for it, reach out, text somebody, call somebody,” he said.

“There’s nothing harder that you can do in the world but there’ nothing more courageous, as well. There’s nothing wrong with asking for help. There’s plenty of times in my career where I wish I asked for help and I didn’t, because I thought I was being a tough guy,” he added.

You can watch Punk’s emotional promo right here below:

Earlier, it was revealed on Twitter by AEW boss Tony Khan that Jon Moxley, formerly known as Dean Ambrose in WWE, had entered an inpatient alcohol treatment programme.

11/11/2021 Sport Comments Off on ‘If you’re in a place where you need help, ask for it: CM Punk’s powerful promo backing Jon Moxley
India