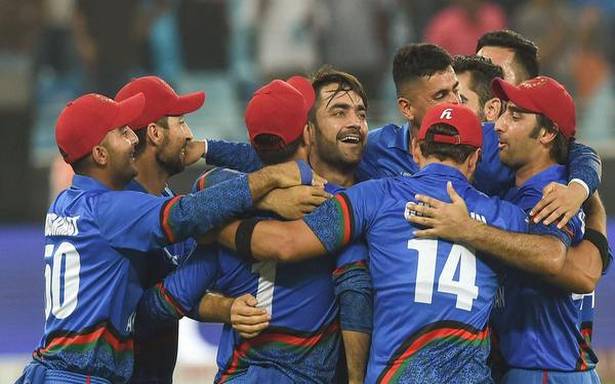 The team’s bravehearts can cause a ripple or two

In the early stage of the ICC World Cup qualifying tournament in Zimbabwe last year, Afghanistan was down and almost out.

After losing to teams like Hong Kong, the Afghans ended their group engagements with just a solitary win. They had to rely on net run-rate to scrape through to the round of Super Sixes.

But, with the resilience that they have displayed in the times of war – the present one began in 2001 – they fought back, winning all three Super Six matches. The five-wicket victory against Ireland in the last match fetched them their tickets for England.

The final against West Indies, which had already qualified, may not have had much significance, but the Afghans were determined to end their stunning comeback in some style. And they did, with a crushing seven-wicket win with almost 10 overs to spare.

It was their second win over their formidable rival – and champion at the first two World Cups – inside 10 days. They had won by three wickets in the Super Six.

It was in 1995 that Afghanistan formed its first official team, 20 years after West Indies won the inaugural World Cup in England. How the brave Afghan men turned themselves into a force in international cricket is one of the most inspiring stories in sport – and beyond – of our time.

Still, nobody expects them to set the river Thames on fire this English summer. It could be foolish, at the same time, to view them as a team that would be there just to mark attendance.

They may not reach the semifinals, but none of their nine rivals can afford to take them lightly. Only eight months ago, they had tied with India and beaten Sri Lanka and Bangladesh at the Asia Cup in the UAE.

That was further confirmation of their rapid strides in white-ball cricket. With some of their key men attaining success in franchise cricket in different parts of the world, they would be feeling confident too, going into what is only their second World Cup.

They could find the conditions in England challenging, though. Their pace attack – Aftab Alam, Dawlat Zadran and Gulbadin Naib, who replaced Asghar Afghan as captain just five weeks before the start of the World Cup – doesn’t look threatening enough, at least on paper, against the formidable batting line-ups that most teams possess.

The spin trio of Rashid Khan, Mujeeb Ur Rahman and Mohammad Nabi, however, could trouble the best of batsmen. They are classy enough to be effective with their control and their variety, even on unkind surfaces.

Their batting doesn’t boast as much class, though. But, Mohammad Shahzad, Afghanistan’s own wicket-keeping MS, and the exciting 21-year-old Hazratullah Zazai are capable of taking apart any attack on their day and Rahmat Shah is adept at dropping anchor. The rest of the batting also needs to fire, especially at a World Cup that is likely to see some tall totals being posted and chased down.