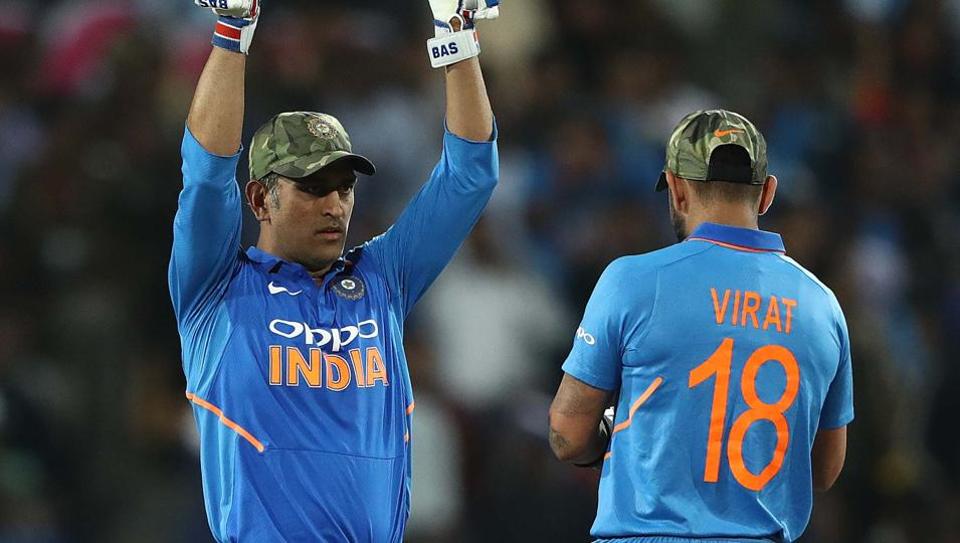 India did not get off to a bright start in the World Cup campaign as they conceded the first warmup match to New Zealand. However, despite the jittery performance, the morale in the camp was pretty high. Captain Kohli lauded the effort of the lower order and also praised his bowlers for being consistent.

Kohli, who was under extreme pressure after his side’s dismal performance in the IPL, found support in Sachin Tendulkar who believed that leading the national side is completely different to leading a franchise.

“I think first of all, let us not compare IPL and playing international cricket for India. I feel they are two different formats with one being a T20 format with a number of foreign players in your team and the other is a format where all your Indian colleagues are there in the team. So, let us not compare these two. Of course when it comes to leadership, Virat is committed,” Sachin was as quoted by IANS.

The skipper, has on many occasions, spoken about the role and influence of MS Dhoni and believes that his presence will be a massive boost for the side. This sentiment was endorsed by Tendulkar who believed that Dhoni will be critical, not only as a wicket-keeper, but will also play a massive role with his experience.

“Talking about Dhoni, his experience of standing behind the stumps is going to help because that is possibly the best view anyone could ask for. Standing there, he can see the entire ground just the way the batsman is seeing. And, his inputs would be critical because he will know how well the pitch is playing or how badly it is playing, whether the ball is stopping or it is coming onto the bat nicely. Whatever be the situation, he will share it with the captain as well as the bowler. So, having someone that experienced standing behind the stumps is always a bonus,” he revealed.

A lot has been also said about India’s dependence on the top three batsmen in the team — Shikhar Dhawan, Rohit Sharma and Kohli. While the little maestro believes that there is more to this batting unit than just those three, Tendulkar is also of the opinion that there could be a couple of games where one individual steals the show with his brilliance.

“I don’t think so (reliance on top three). I feel if we have to go forward in this tournament, yes, a couple of individuals here and there will have to step up and the rest of the team will also has to equally play around those players. So, it cannot be that just one individual keeps performing and you will progress in the tournament. Maybe a match or two one individual can go out and do something spectacular, but otherwise you need the rest of the teammates to chip in to move forward in the tournament,” he said.

The Indians haven’t often started a showpiece event as favourites. But along with England, Kohli’s boys are considered one of the best this time round. While one would think that this could put undue pressure on the players, Tendulkar believes that the team deserves the tag.

“I think it is nice to go into a tournament where the rest of the world believes that you are the leading side in the world and we have played good cricket in the past. It is important to take that confidence forward into this tournament. But it is a new tournament and whatever has happened is in the past and we need to get our focus on what is in store for us and prepare ourselves to the best of our ability.

“The World Cup is going to be a big tournament and I am sure we are in a position to go out there and make a huge statement and live up to the expectations of all the well-wishers of Indian cricket,” he said.

“The positive memory apart from lifting the World Cup has to be the 2003 match against Pakistan in Centurion. I think the kind of build-up that was there for that match and the way we played and the way we won. Also, the way we celebrated after the game and the way we progressed in the tournament after that was spectacular. Without any doubt that has to be a special memory. The entire country was celebrating and I still remember talking to a number of friends on the phone and all of them making me hear how the firecrackers were bursting. And, everyone was celebrating, dancing, jumping. The entire nation was celebrating,” he smiled.