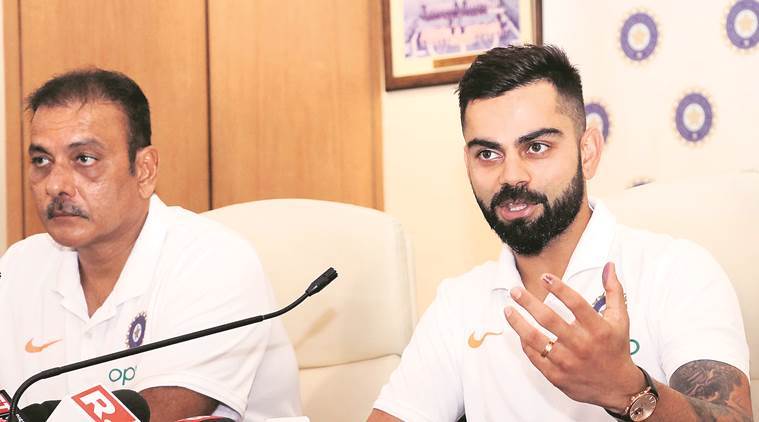 More than the English surfaces, weather and middle order, Kohli and Shastri are wary of big-tournament anxiety. 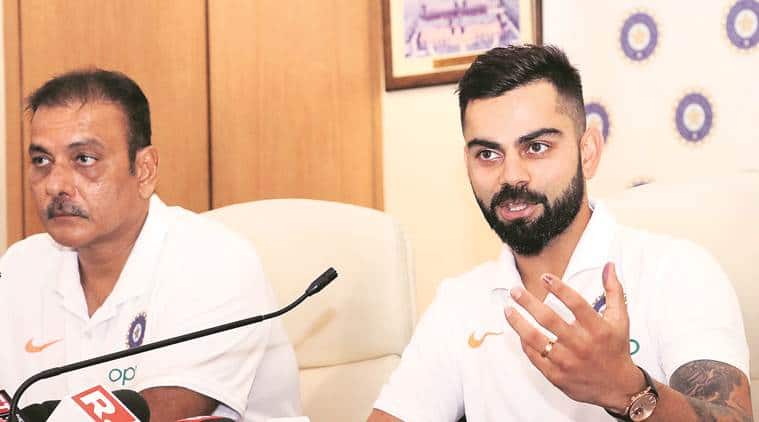 “Totals in England are touching 350. India likes to save wickets till the 40th over and then attack. Will there be a change in strategy?”

That important question came up at a press conference, helmed by Virat Kohli and Ravi Shastri, a day before they travel to England for the World Cup.

It’s clear that T20 has cannibalised and left deep imprints on ODIs. Totals keep escalating on flat tracks, hovering around 350 as batsmen have transferred their T20 instincts to the longer form—why just hit in the Powerplay and the end overs, why not keep swinging away through the 50 overs!

Which raises the Indian question – Is the middle order strong enough to do that? With MS Dhoni, who loves to take it to the end, and Hardik Pandya, whose IPL team too preferred to use him for a few overs in the end, India would be tested on how to go about during the 25-40 over mark. Have they found the right tempo? And more importantly, do they have the ideal personnel for it? That, in many ways, would come down to their choices for the No. 4 and 5 positions. 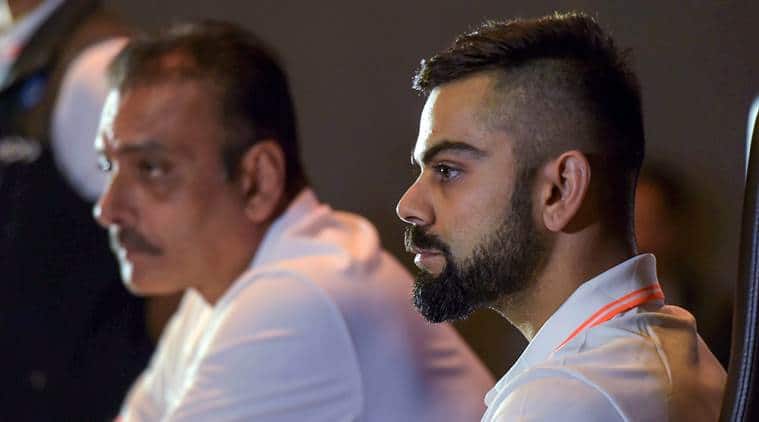 Shastri, India’s head coach, said that it would depend on the nature of the pitch that, according to him, could vary from region to region in England.

“Our mantra will be to be flexible according to the conditions. Because it is one country in the world, the pitches could be flat but if the overcast conditions change, we have to be up for it. Any other country, this wouldn’t have mattered, but in England it does. In London, you might not face that issue but if you go up north and when it does get overcast, you can see things happening. You have to be ready for that.”

Kohli took that argument further, punting that the pressure factor in such a big tournament might mean that totals aren’t necessarily that high in crunch games.

“In ICC tournaments, the pitches are going to be very good and it is summer in the UK, so conditions are going to be nice as well. Yeah, we expect high-scoring games but a bilateral series compared to a World Cup is very different. You might see a lot of – I wouldn’t say low-scoring games – but 260-270 kind of games and teams getting those totals and defending them successfully because of the pressure factor. We expect all kinds of scenarios in the World Cup, but there will be quite a few high-scoring games, looking at the conditions.”

There are other complexities involved that Kohli had brought up in January this year during the series against Australia. He raised the issue of how India has to learn how to utilise the middle overs (30th to 40th overs) better, especially batting first. In Kohli and Dhoni, this team has two of the smarter chasers in the world, but how would it play out when they are batting first?

This is what Kohli said in January. “When you are batting first, you don’t know how much to set. So that is up to the two people batting in the middle. Who is the guy who wants to take initiative and who is the guy who wants to or has to bat till the end? You see the patterns of teams that are getting big scores, that is the window they are targeting and get those 20-30 extra runs.”

Seen in that light, and going by recent form, one gets the feeling that KL Rahul is likely to be preferred over Vijay Shankar for the No. 4 slot. But whoever they go with, India will have to field candidates who aren’t experienced in that slot and they realise that. Not just no.4, in the next spot too it would be crucial to have someone who can keep up the momentum.

Hence the suggestion from Shastri during the last tour of the West Indies that they were thinking of Kohli at the No. 4 spot. Considering the pitches, it won’t be pure batting skills that would be tested, but the know-how of responding to a match situation.

Shastri’s point about pitches is also interesting if India lose a couple of quick wickets in the middle overs. They would need someone who can soak up pressure and still have the wherewithal to keep the runs flowing later. The other factor is how India would defend big totals.

Shastri was confident that they have the arsenal to do it. “Yes, I think so. In the attack, there are no new bowlers. This is an experienced group. These guys have bowled as a unit together. We have accomplished what we set out in Test match cricket and it is going to be the same here. Each one will complement each other and keep the pressure right through the 50 overs.”

If India play Kedar Jadhav (or a specialist batsman) at No. 5, what would their bowling composition be? In all likelihood, considering they have Hardik Pandya, and going by what Kohli said, they might go with two spinners.

Kuldeep Yadav’s form in the IPL and the fact that he was dropped by his franchise came up at the press conference, and Kohli saw it as a blessing in disguise.

“In hindsight if you look at it, someone like Kuldeep, who has had so much success, it is important to see a period when things don’t go your way and we are glad that it happened during the IPL and not during the World Cup. So he had time to reflect, time to correct things and come into the World Cup even stronger. We know the skill-set he possesses along with (Yuzvendra) Chahal. They are really two pillars of our bowling line- up,” Kohli said.

India have every reason to believe that their bowling will hold their own but it remains to be seen how their batsmen do the job in the middle overs. It will come down to how they handle pressure. As Kohli put it: “White-ball cricket playing in England, the conditions are not that different or not that difficult as compared to Test cricket. So handling pressure is the most important thing in the World Cup and not necessarily the conditions.”