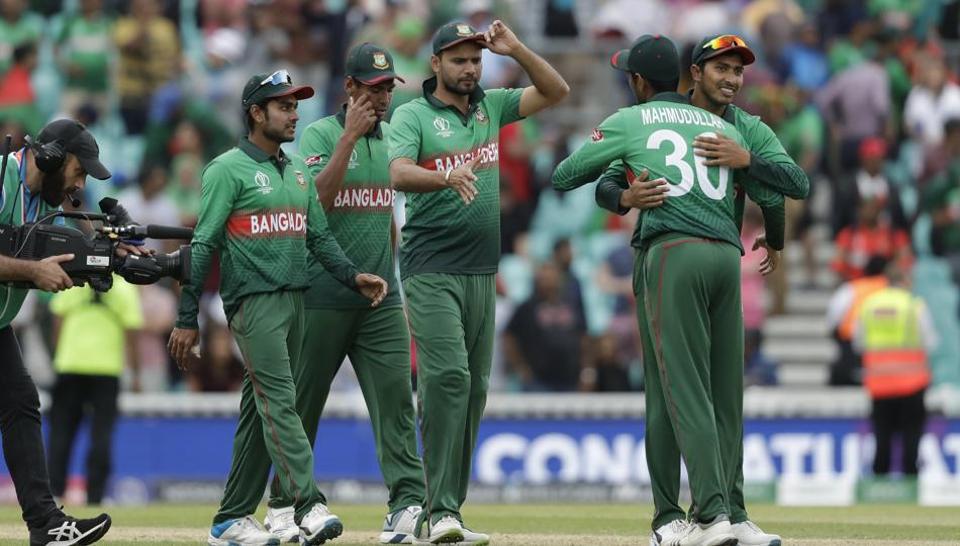 Mashrafe Mortaza hopes Bangladesh have earned respect with their impressive 21-run win over beleaguered South Africa in their World Cup opener on Sunday.

Mashrafe’s side posted 330 for six as Mushfiqur Rahim (78) and Shakib Al Hasan (75) laid the foundations of their impressive display at the Oval.

Mahmudullah’s boisterous 46 not out from 33 balls pushed Bangladesh past their previous highest one-day international total of 329 for six against Pakistan in 2015.

Attempting to become the first team to successfully chase more than 330 to win a World Cup match, South Africa fell short at 309 for eight.

After reaching the World Cup quarter-finals in 2015, Bangladesh again look capable of shaking up cricket’s established order, to the delight of their army of vociferous supporters who packed the Oval.

Bangladesh captain Mashrafe believes the Tigers are still seen as minnows by most of the cricket world, but he claims they are now strong enough that wins over teams such as South Africa shouldn’t be seen as an upset anymore.

Asked if this was a sign of Bangladesh’s development, the skipper replied: “Do you think this was a surprise? If we can deliver our best we knew what we could do.

“I’m sure some people don’t think well of our cricket. We are concentrating on our game and let other people talk.

“We have played well in a few matches before at the World Cup. I don’t think this is our best result, but it’s one of the best.

“We played so well, especially in England where the conditions don’t favour us. I’m sure it won’t happen every day but I love to play this way.”

In contrast, South Africa are in turmoil after Du Plessis’ decision to bowl first backfired despite two wickets from veteran spinner Imran Tahir in his 100th ODI appearance.

With the World Cup just four days old, they have already lost twice in south London — this disappointing performance following their 104-run thrashing by hosts England.

South Africa, who have never won the World Cup, are left with little margin for error in the rest of the 10-team round-robin group stage.

It won’t get any easier for the Proteas in their next match when they face title contenders India on Wednesday.

With Dale Steyn once again sidelined by a shoulder injury, South Africa suffered a fresh blow when fellow paceman Lungi Ngidi limped off with a hamstring strain that will rule him out for up to 10 days.

“We’re a proud sporting nation. The skills weren’t here today but I can promise there will be fight against India on Wednesday,” Du Plessis said.

“We’re only firing at 50-60 percent and it shows than even Bangladesh can beat that.”

Quinton de Kock and Aiden Markram needed to get South Africa’s chase off to a fast start and they reached 49 before a disastrous blunder sent them spiralling towards defeat.

De Kock was run out for 23 after being rashly called for a single by Markram, whose partner’s edge was fumbled by Mushfiqur before the wicket-keeper recovered to throw out the opener.

That brought Du Plessis to the crease and together with Markram he put on 53 in 60 balls.

But Shakib curtailed that partnership when his perfectly-flighted delivery bowled Markham for 45 to leave South Africa 102 for two in the 20th over.

That made Shakib just the fifth player to score 5,000 runs and take 250 wickets in ODIs.

Du Plessis completed a 45-ball fifty with a six off Mosaddek Hossain.

But that blast got du Plessis’ adrenaline flowing too fast and a charge at Mehidy saw him bowled as Bangladesh’s jubilant fans got the party started.