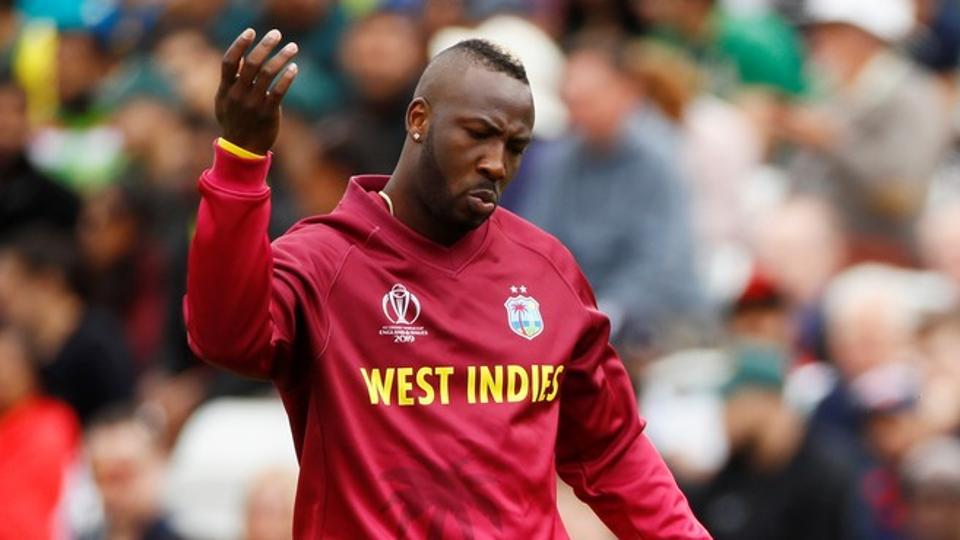 Andre Russell is a proud man. If he is on the field, he will give it his all. A body battered with injuries is testament to Russell’s tenacity in a year that has already witnessed him plunder 52 sixes in the IPL. But he is a fast bowler too. Fast, mind you, not medium-pace. He loathes that term. And it took him exactly 18 deliveries to reclaim that status before injury, his old friend, forced him to limp off the field feeling for his knee.

Some other day will be spent reminding bowlers how murderous he can be with the bat. But a three-over spell of one maiden and two wickets for four runs should satiate Russell’s thirst for now after West Indies bagged an easy seven-wicket win against Pakistan, riding handsome returns from their fast bowlers. Oshane Thomas led the tally with four wickets but Russell landed the most telling blows.

“A lot of people have been saying that I have been coming in the team as a big hitter. A lot of people don’t remember I’m a fast bowler. I think they underestimate me. I have been getting jealous in the past couple of years with people calling me a medium pacer. When my name comes on the big screen it says medium pacer. I say ‘who you talking to?’ I show them I can bowl 90. I think they should put some respect on my name, that medium pace should go to fast,” said Russell.

Fakhar Zaman will vouch for that. Shaping to pull Russell, Zaman found the ball hurrying on him and take a ricochet off his helmet grille before rolling over to dislodge the bails. Haris Sohail was next on Russell’s crosshair. He breezed in to unleash a 90m/hr short delivery that Sohail could just fend to the wicketkeeper. Job done, Russell paved way for the rest to go in for the final kill. Thomas, a fellow Jamaican who watches ‘Fire in Babylon’–a documentary on the great West Indian side from the 1970s that crushed teams with their lethal fast bowling attack–for inspiration, followed in.

“Andre Russell started it and it was working so I just followed him. We mixed it up, pitched it up, went short and it worked,” Thomas said. A product of Kingston’s Melbourne Club that has among its alumni Michael Holding and Courtney Walsh, Thomas swooped in with big strides to make Pakistan’s batsmen hop around. “I just picked up where he left off,” said Thomas. Pakistan’s suffering continued.

Babar Azam was given a life on 12 but Thomas dislodged him quickly with an outswinger that was lazily poked at, prompting Hope to lunge to his right to complete a fabulous catch. West Indies captain Jason Holder, who interestingly had featured in the opening credits of ‘Fire in Babylon’, too chipped in, removing Imad Wasim and a very reluctant Sarfaraz Ahmed, who couldn’t survive wicketkeeper Shai Hope’s call for a review after the umpire had adjudged the Pakistan captain had not edged the ball.

Had it not been for Wahab Riaz’s courage, spanking Holder for a six and a four, Pakistan couldn’t have breached the hundred-run mark. And despite their fast bowling talent, this was too low a score to defend. Backed by chants of ‘Amir, Amir’, Mohammed Amir gave a glimmer of hope by taking all three wickets West Indies lost in the chase. But Chris Gayle was ominous in his presence. Struggling with a back problem, Gayle opened up to cart three huge sixes and six boundaries to race to a 34-ball fifty before Amir induced a top edge to point. Only 29 required from there on, West Indies finished the chase T20 style, wrapping it up in just 82 balls.

Also Read: 105 all out! Pakistan set unwanted record in defeat against West Indies

It’s been a dreadful summer so far for Pakistan. First came the thrashing at the hands of England in the ODI series. Now this, one of their worst starts to a World Cup. “If you lose the toss in these conditions, and lose wickets, it’s hard to come back into the game. Have to play positive cricket here. We didn’t do well as a batting unit today. We know they’re going to come hard with their pace bowlers. We didn’t play well against the short ball.” Ahmed’s analysis was pithy.

From what we have learnt watching Pakistan over the years, their first match has never shaped their destiny, especially in tournaments as big as this. Pakistan’s game normally oscillates between extremes. One day they are scintillating, bristling with in-your-face energy. Another day, the same team rejects rational behavior as players start overreaching each other with their naivety. On Friday, in front of a partisan crowd heavily decked out in green, Pakistan’s collective sanity took a nosedive so rapid that lunch didn’t have to be served at the Trent Bridge.

On their way out, the most distraught Pakistan fans kept reminding each other how the Champions Trophy in 2017 had panned out for them after the defeat to India.