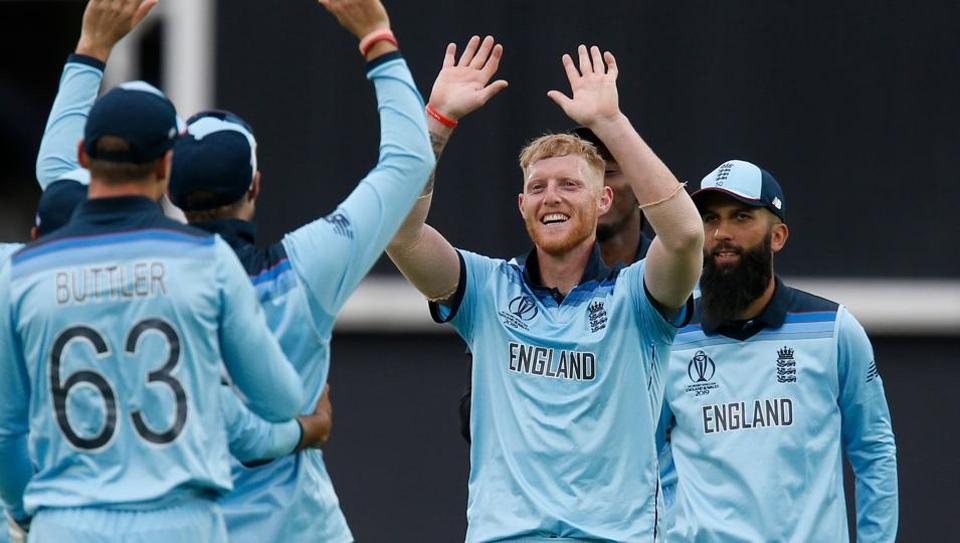 After thrashing South Africa, the hosts England are set to take on Pakistan for their second ICC Men’s Cricket World Cup clash. Whereas, Pakistan faced a humiliating seven-wicket defeat in their first match against West Indies and will aim to turn things around.

During their recent five-match ODI series, England won four matches after the first match got abandoned. But a thing worth mentioning is that Pakistan also showed a scintillating performance as in all the matches as three different batsmen scored a ton in three matches while in the last ODI, Sarfaraz Ahmed fell three runs short from scoring his century.

Out of four matches, Pakistan was able to cross the 300-mark thrice while they were three runs shy to touch the 300-mark in the last ODI. But their opponent has a ‘favourite’ tag on their shoulder and atop the ICC Men’s ODI team rankings. Therefore, it will be interesting to see whether their encounter will be any different from their recent ODI matches.

Ben Stokes, who was the man of the match in the opening match against South Africa, is at his devastating best form as he is delivering an all-around performance. Stokes scored 89 runs to help England post a target of 312 for South Africa and later took two wickets. Not only this, the 27-year old caught a stunning catch to send Proteas’ Andile Phehlukwayo back to the pavilion.

Jofra Archer, who did not find a spot in the preliminary squad, proved that his inclusion in the final squad was a wise decision as he took three wickets in the opening World Cup match and in his seven overs, he conceded just 27 runs. In the World Cup warm-up match against Afghanistan also, Archer got hold of three batsmen and helped his side restrict the opponents on just 160 runs.

Although England’s destructive batsman Jonny Bairstow got out on a duck in the opening match against South Africa, Bairstow has the capability of playing match-winning knocks and taking his side over the line single-handedly. During the ODI series against Pakistan, Bairstow hammered 210 runs in three matches he played which included one century and one half-century. In the Indian Premier League (IPL) as well, he strengthened the Sunrisers Hyderabad’s batting line-up and scored 445 runs in the league.

Pakistan’s Babar Azam is a promising batsman for the side as he has been brilliant with the bat in the recent matches. He was outstanding against England during their ODI series as he smashed 261 runs in four matches which included one ton and two half-centuries. During their first match against West Indies, Azam was the highest run-getter along with Fakhar Zaman as both scored 22 runs.

Pakistan pacer Mohammad Amir displayed an astonishing performance in their first World Cup match, despite his team lost the match by seven wickets. Although Pakistan lost the match, they took a positive thing out of it, which was getting back Mohammad Amir’s form. It was Amir who took all the three wickets in the inning and will be aiming to replicate a similar performance against the hosts.

06/03/2019 Sport Comments Off on ICC World Cup 2019, England vs Pakistan: Key players to watch out for in Nottingham
India